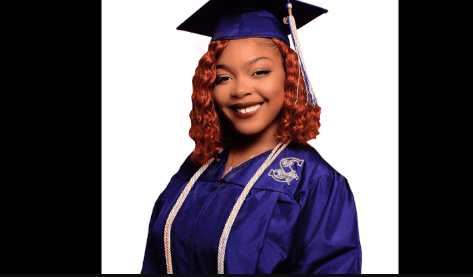 A woman, whose daughter died in a tragic car accident while traveling on the road with her two friends in the summer of 2022, expressed skepticism about the tragedy. According to the Charles County Sheriff’s Office, 20-year-old Zkira Kemp was pronounced dead at the scene of the July 8 crash in Maryland. An autopsy later revealed that she died of multiple injuries, including burns over 90% of her body, brain hemorrhage, and blunt trauma.

According to Crime Online, the accident was a single-vehicle accident caused when the driver left the road and hit a tree, causing it to catch fire, around 2 am. The sheriff’s office said the other two occupants were rushed to a hospital with serious injuries. Kemp and her friends were students at Prairie Valley A&M in Prairie View, Texas, traveling to Maryland to spend her friend’s birthday with another friend.

Zkira Kemp Cause of Death

Kemp’s mother, Jalanda, reportedly said she was told that her daughter was the one driving the car while intoxicated. She asked how her daughter’s body ended up in the back seat of the car if she was actually driving. The autopsy report said Zkira “had been consuming alcoholic beverages prior to” the accident.

She also added that one of her friends told her that the accident site was in the middle of nowhere, but then she realized that it was a neighborhood when she arrived on the scene. When I got there, everything seemed staged and I knew something wasn’t right,” she said. However, aerial maps of the area showed that it was sparsely populated and heavily forested, and probably seemed more remote in the middle of the night than it really was.

Jalanda said that she knew that the friends were lying and she wanted to know the truth. “They were lying about what happened to my daughter,” she told NC Beat, adding: “I’m trying to understand how my daughter is the only one who didn’t survive.”

Jalanda said that when she visited the scene of the accident, a woman there told her that a man had been there who claimed that her son died in the same type of accident at the same place. A local newspaper reportedly used an incorrect image in its story about the Kemp crash, using an image from another accident that took place a few days earlier and a few miles away in which a 52-year-old man was killed when his vehicle collided and burst into flames.

“I don’t feel like it’s gone. I don’t know if I’m holding on to hope, but I don’t feel it. I never felt it, but I thought I was crazy. I thought I just didn’t want to let go. But the more I see all these different reports and the more of these people come out with information, it doesn’t add up,” Jalanda told KCEN.

Read Also: Who was Dilma Spruill? Wiki, Biography, Age, Family, Cause of Death