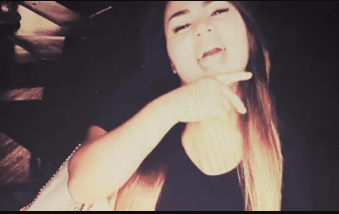 A Utah woman, Lyberdee Cisneros, was reportedly fatally shot by her boyfriend on September 25. Now her younger sister, Tyrese Cisneros, revealed her last conversation with her when he claimed that the 24-year-old planned to separate from her. alleged abusive boyfriend, Jayden Fernelius. But hours later, she was dead. Speaking to PEOPLE, Tyrese said: “The last thing she sent me was a couple of hours before she passed away and word for word she was like, ‘I’m going to see if I can. rebuild a [legal] case on Jayden’. I want him locked up [behind bars] so he can never hurt me or anyone else. She had told him, ‘I think you do what you need. Karma will catch up with him, and a few hours later, she passed away.

Lyberdee Cisneros Cause of Death

The devastated sister noted, “She never told me that until the night she died. I think she told me because it was like a message from God that I had to fight for her. She would have wanted everybody to feel like they weren’t the only one, and that she wanted to make a difference and to make sure that Jayden would never hurt anybody again.”

Tyrese stated that their childhood was spent at multiple foster and group homes. She said, “She thought she could survive everything but Jayden. She had expressed to me that she was worried that Jayden would kill her one day. He would point the gun at her and he would just degrade her and call her really mean names. And call her fat, ugly, crazy, would judge my family.”

She added, “She wanted to be reunited with her family and planned on me coming home this year to come be with all of us, because my mom wanted all of her kids in the same room. My mom won’t get that ever again, and it makes me sad. That’s all my sister wanted was to make sure everybody was okay. She was selfless and she put everybody first.”

Lyberdes was found unconscious lying face down on the floor on September 25 after police reached the Downtown West Liberty Apartments at around eight in the evening. The victim was soon taken to the hospital but she succumbed to her injuries. Law enforcement officials also saw the 20-year-old suspect at the apartment, who had a 9mm handgun in his possession. Fernelius had “significant amounts of what appears to be blood” all over his clothes and hands at the time, as per an affidavit.

The affidavit also noted that the alleged killer changed his story numerous times. PEOPLE citing the report stated that the suspect claimed to hear “a gunshot and then ran to the apartment to find Lyberdee dead. He also claimed that Lyberdee attempted to hide the gun from him because she was worried he would ‘do something stupid,’ and when he tried to take it from her it fell to the floor. He allegedly claimed Lyberdee then picked it up and ‘shot into the floor and then shot herself in the neck, killing herself.’”

But the affidavit added that Fernelius’ stories were fake as “the victim was shot multiple times in a manner not consistent with self-inflicted gunshot wounds.” Meanwhile, a GoFundMe was set up for Lyberdee for her funeral service. The message on the fundraiser reads, “It is with heavy hearts we have to do this! Her life was taken too soon! Please help the family with donations; we will provide mortuary information if you want to contribute directly to the services. We’ll keep everyone updated on the services later this week.. Thank you for all your love and support in this difficult time!”