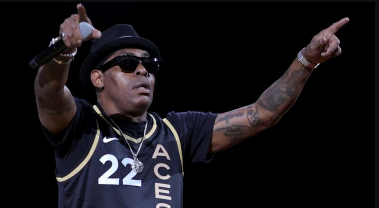 Before Coolio was reportedly found dead at 59 by a friend, the ‘Gangsta’s Paradise’ rapper endured significant struggles and accomplishments. Artis Leon Ivey Jr, better known as Coolio, was born in Monessen, Pennsylvania, on August 1, 1963, eventually emigrating to Compton, California. Before he started looking for methods to better fit in at school, the future rapper was a very bright and bookish kid.

He joined the Baby Crips and engaged in bullying behavior to better express himself when his parents split up when he was 11, according to a book by Steve Huey. After resorting to violence, Coolio destroyed his brilliant academic career by bringing firearms to school.

He released his debut single, ‘Watcha Gonna Do’, and established himself as a regular on a Los Angeles radio station. Unfortunately, the rapper’s first taste of popularity was short-lived, as he developed a significant drug problem. According to a biography of him, Coolio sought help for his crack addiction and even began working as a firefighter in Northern California. He returned to Los Angeles a year later and began producing some of his best-known work there. Coolio released his debut album ‘It Takes a Thief’ in 1994 after developing relationships and appearing on records with other rappers. ‘Fantastic Voyage’ was a key component in propelling the album over the platinum sales threshold and into the Top Ten.

Critics and audiences praised Coolio’s approach to a genre dominated by a West Coast gangsta vibe with more humor. Just a year after gaining notoriety with his first album, Coolio released his most successful song to date, ‘Gangsta’s Paradise’. The rapper shocked fans with a disturbing critique of gangster life that demanded a repeat on radio stations across America. The album ‘Gangsta’s Paradise’, released in 1995, went triple platinum and eventually won a Grammy for best solo rap performance. Success was short-lived, however, as their 1997 third album barely reached the Top 40 charts and Coolio fell back into bad habits.

He had a run-in with authorities in late 1997 when he and seven friends were arrested on suspicion of shoplifting from a German clothing store. He received a $17,000 fine as well as a six-month probation from the German government. Coolio was pulled over once more for driving on the wrong side of the road the following summer. Additionally, he was charged with having a concealed firearm and a small amount of marijuana.

The rapper most recently had another 18-month rehab stint in 2009 after pleading guilty to cocaine possession. Despite the obstacles, Coolio rose to fame for his musical achievements. He continued to put out songs and frequently appeared on television. Just ten days before he died, Coolio even performed the closing act at Riot Music Festival.