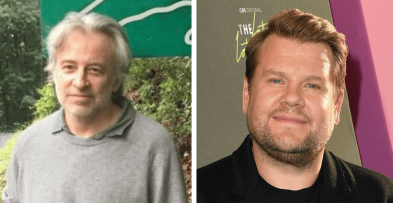 Keith McNally, owner of New York City’s best restaurant, Balthazar, who recently called attention to the behavior of talk show host James Corden, now feels “weird” about the whole thing. This comes after Keith revealed that Corden called him and apologized profusely for his behavior. In a new social media post, McNally wrote: “I feel weird about James Corden.

On one hand he was definitely abusive to my staff, on the other hand I feel so sorry for him right now.” He then went on to call himself a “coward” who wants it “both ways”. In particular, McNally’s claims that Corden bullied staff at his restaurant led to netizens “canceling” the host of ‘The Late Late Show’. The restaurateur shared an image of him inside the restaurant with his daughter and his friend.

“With my daughter, Alice (in black) and her best friend, Margot Paisner, at Balthazar tonight. I feel weird about James Corden. On the one hand, he definitely abused my staff, on the other hand, I feel really sorry.” I feel for him right now. Like most cowards, I want it both ways. Fuck it, I’m going to get drunk,” the full caption read.

Earlier this month, McNally described Corden as “an enormously gifted comedian, but a little jerk of a man.” He went on to add that the talk show host was “the most abusive customer” to servers at his restaurant since he opened 25 years ago. He also cited two reports from his managers on two separate occasions, where the first explained that “after eating his entrée, Corden showed Balthazar’s manager G. his hair, who was very apologetic.

Corden was extremely rude to G and He said, ‘Get us another round of drinks this second. And also take care of all our drinks so far. This way I write any nasty reviews on Yelp or something.'” The second instance was more recent. Corden’s wife ordered an omelette but there was some egg white mixed in with the egg yolk. The manager’s report reads:

“The kitchen remade the dish, but unfortunately sent it with home fries instead of salad. That’s when James Corden started yelling like crazy at the waiter, ‘You can’t do your job! You can’t do your job! Maybe I should go into the kitchen and cook the omelet myself!” These events led McNally to ban the 44-year-old from Balthazar. The ban was soon lifted after Corden apologized and called McNally, who then decided give him a second chance.