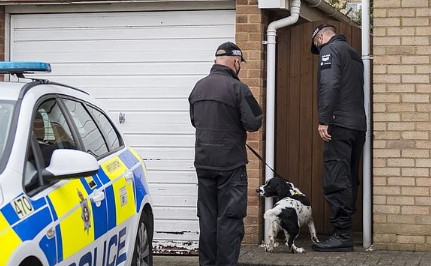 Two people have been charged with forcibly causing a miscarriage and disposing of a baby’s body after a years-long investigation. Elliot Benham, 23, and Sophie Harvey, 23, were arrested following property searches that took place more than two years ago. The couple are charged with “obtaining a poison/noxious thing to cause a miscarriage,” concealing the birth of a child, and disposing of a baby’s body.

The crimes are believed to have taken place between 1 September 2018 and 1 December 2018, and are following a lengthy investigation by Gloucestershire Police’s Major Crimes Investigation Team. Benham, from Swindon, Wiltshire, and Harvey, from Cirencester, Gloucestershire, will appear at Cheltenham Magistrates Court on Thursday 5th January.

This is the first update in the case after searches were carried out in Swindon and Cheltenham in September 2020 in connection with the investigation. The ‘Offences Against the Person Act 1861’ makes it a criminal offense to try to cause your own abortion.