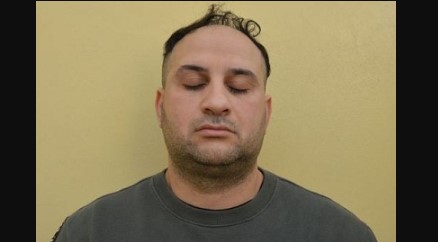 A barber has been sentenced to 12 years in prison after sending thousands of pounds of taxpayer-funded coronavirus grants to the Islamic State (IS) terror group in Syria.

Tarek Namouz, 43, told an associate he had transferred up to £25,000 to an Islamic State fighter after discussing the purchase of bombs, Kalashnikov rifles and other firearms as part of a plot to attack the Syrian government. , heard the court.

In Kingston crown court on Thursday, Judge Peter Lodder KC jailed Namouz for 12 years, with a further year on extended leave, saying he had demonstrated a “commitment to terrorism” and planned to “re-establish a state government of agreement with Islamic extremism”. beginning”.

Lodder said Namouz sent money paid to him by the local council to terrorists in Syria through an exchange in west London. Namouz was found guilty last month of eight counts of entering into a terrorist financing agreement between November 2020 and May 2021.

The crimes occurred just months after Namouz was released on license after serving half of a 10-year sentence for rape. A former pub owner trapped an 18-year-old girl inside the Prince public house in Wood Green, north London, before raping her in an attack in September 2014.

He is believed to have been released in September 2019. Shortly after, he founded Boss Crew Barbers in west London, which has received Covid-19 grants from Hammersmith and Fulham council. Police identified transfers totaling around £11,280 to people in Syria. Namouz denied knowing that the money would be used for terrorism, telling police that he sent the funds to “help … the poor and needy in Syria.”

He was arrested following the execution of a search warrant at his home and business address in May 2021. Analysis of one of Namouz’s phones showed that he was in regular WhatsApp contact with people in Syria, and they discussed the purchase of a building to “store weapons”.

such as Kalashnikovs, heavy machine guns and explosives, and occupying it with IS fighters. Files downloaded from the Telegram app on Namouz’s phone contained Islamic State propaganda and instructions for preparing explosive substances, creating improvised explosive devices and combat tactics.

One video showed an Islamic State fighter demonstrating assassination techniques with a knife. Namouz was previously sentenced to 30 months in prison, suspended for two years, in July 2013 after being found guilty of selling more than £40,000 worth of counterfeit clothing.