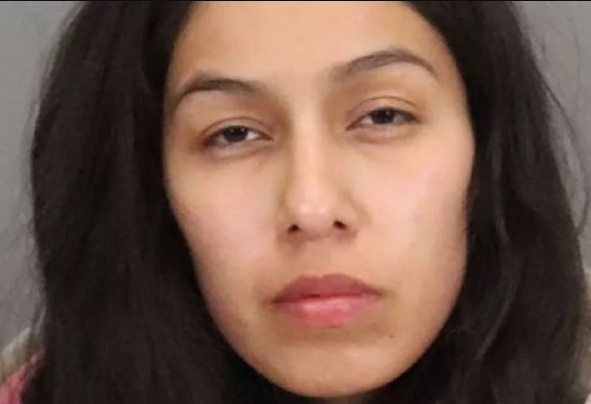 A 29-year-old mother has been arrested and charged with murder in connection with the death of her young daughter, who died after the suspect tried to breastfeed her. On November 4, police responded to a call about two unconscious 8-month-old twins at a home in San Jose, California.

When officers arrived, one of the twins was not breathing, according to a news release from the San Jose Police Department. .Both babies were taken to a hospital where one was pronounced dead the next day while in intensive  care, according to the statement.

Last week, Celina Juárez, the mother of the twins, was arrested and charged with murder, the San José Police Department announced. According to the police department, Juárez experienced an unknown medical emergency at the beginning of the investigation and she was in the hospital until November 16, the day she was charged.

Court documents, which were obtained by KRON 4, identified the deceased twin as Melani. Juárez allegedly told officers that she was trying to breastfeed her twins when they lost consciousness, KRON 4 reports, citing court documents.

She said she pushed Melani against her chest “without allowing her to come up for air,” the outlet reports, and that she felt “frustrated” when the girl didn’t “turn on.” The suspect allegedly told officers that he held Melani to his chest for several minutes, then, after the baby was not breathing, placed her unconscious body on the bed, picked up the second twin and did the same, KRON 4 reports, citing court documents.

Juárez then allegedly waited another 20 minutes before going into the living room and asking her mother for help. Juárez and her mother attempted chest compressions and CPR on the twins, according to KRON 4. When Juárez’s brother returned home, he called 911. It is not clear if Juárez pleaded guilty to the charge or has retained an attorney who can speak on his behalf.