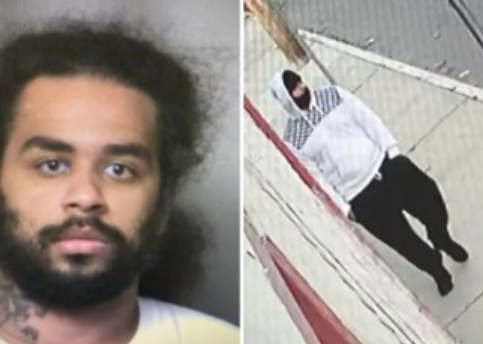 Police are searching for Christopher Francisquini, 31, accused of strangling, stabbing and dismembering his daughter Camilla last Friday. The search for the man accused of dismembering and killing his 11-month-old daughter continues outside of Naugatuck.

Police are looking for Christopher Francisquini, 31, accused of strangling, stabbing and dismembering his daughter Camilla last Friday. Francisquini and Camilla’s mother reportedly got into a dispute in Waterbury later that day. Authorities said Francisquini removed an ankle monitor he was wearing and smashed his phone in the dispute.

A member of the Millville Avenue home where Camilla was killed discovered the girl and called 911. Francisquini was last seen in New Haven on Friday after ditching the vehicle he was driving on Interstate 91. As police search for Francisquini, new details emerge about the circumstances surrounding the boy’s death.

According to the Department of Children and Families, there has been no contact with the family prior to Camilla’s death. They said they received a report on the incident on Friday and are investigating jointly with the police.

Meanwhile, Naugatuck residents are concerned and upset that the 31-year-old, who has an extensive criminal history, has yet to be caught.

Francisquini is considered armed and dangerous and anyone who sees him should call 911 immediately. Does he have a story idea or something on his mind that he wants to share? We want to hear from you! Email us at newstips@fox61.com