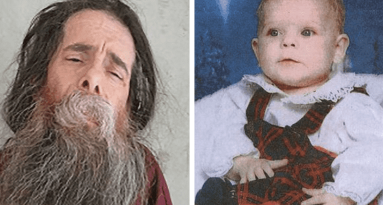 Benjamin Cole, 57, who was sentenced to death for the murder of his nine-month-old daughter, has been denied clemency after his lawyers argued that he is suffering from schizophrenia. The execution is scheduled on October 20, but his legal team asking for a competency hearing so that a jury could determine whether he was qualified to receive the death penalty.

An Oklahoma judge rejected their motion in light of information presented by a psychologist who said that the defendant can understand why he is being executed. Cole is schizophrenic, according to his attorneys, who claim his illness is most likely brought on by a brain lesion and the severe maltreatment he endured as a child.

As reported by the Mirror, attorney Tom Hird said Cole “simply does not have a rational understanding of why Oklahoma seeks to execute him”. According to a Supreme Court decision, if a condemned person develops a mental illness, their death sentence cannot be carried out.

Hird added, “Benjamin Cole is incapacitated by his mental illness to the point of being essentially non-functional.” Benjamin Cole killed his daughter Brianna by breaking her spine to stop her from crying. His attorneys have filed a new appeal, claiming that he is mentally ill.

“His own attorneys have not been able to have a meaningful interaction with him for years, and the staff who interact with him in the prison every day confirm that he cannot communicate or take care of his most basic hygiene,” Hird added. The state, meanwhile, argues that Cole merely has a personality disorder and is manipulative.

Judge Mike Hogan of Pittsburg County disagreed with Cole’s attorneys’ claims and based his decision on research conducted by a psychologist at the Oklahoma Forensic Centre, who claimed they were confident Cole would be able to comprehend his impending death.

Oklahoma death row inmate Benjamin Cole enters a Pittsburg County courtroom following a brief recess in an evidentiary hearing regarding Cole’s competency. pic.twitter.com/tMry3GbPyI Cole is known to crawl around in his cell, is suffering from physical ailments, and has been “pulling out his own teeth and mailing them to his mother and his legal team”.

The Oklahoma Pardon and Parole Board rejected the clemency plea last week by a vote of four to one, and the team has announced that they will appeal the judge’s ruling following the denial of the competency trial. During the examination cited by Judge Hogan, Cole is reported to have said, “Are you asking if I see little green men running around on the floor that beam up in a spaceship to Venus and look for the purple monsters? No, I do not see things. I never have.”

At the clemency hearing, Brianna’s uncle said he “can’t fathom” what Cole did to his daughter. Dr Bryan Young said, “I can’t fathom how any human could do what this man did to this baby. How could any human do that to a baby? The mind boggles me. That’s why I am encouraging you guys to deny him clemency.”

When his daughter began to wail in 2002, Cole seized her legs and bent her body backward before killing her. Brianna Cole, who was just nine months old, passed away after her spine was split in two and her aorta was torn. After that, Cole resumed playing a video game.

Oklahoma recently pledged to execute “a man a month,” but it has received numerous criticisms for botched executions, the medicines it uses for lethal injection, and a lack of transparency around the timing of executions. For instance, Cole’s execution was scheduled for 2015 but was postponed because of a medication mix-up.

Following a gruesome incident involving the execution of murderer Clayton Lockett, Oklahoma temporarily put an end to executions in 2014. Apparently, Lockett was left writhing in pain 43 minutes after receiving the midazolam injection.

The paramedic attached the intravenous (IV) drip into his groin after failing to locate a vein on several occasions, which also raised several ethical concerns. The execution was eventually aborted, but Lockett – whose accomplice had buried their victim alive – died anyway.

The fatal IV drip is administered in a room away from lawyers’ eyes, which means they cannot see if their clients are given the right drugs or if there is an issue with the IV. They do not see their clients until they show up at the execution chamber.

Other concerns include the kind of medicine used. The sedative midazolam has often been opposed on the grounds that a prisoner might experience terrible suffering even though they look to be at peace, which some argue even makes it unlawful. Oklahoma executes the most persons per capita among all US states.

Though Oklahoma is known to largely support the death penalty, lawyer Emma Rolls recently said that the ordinary Oklahoman would be concerned about Cole’s mental state. “I do believe if just the average Oklahoman were to look at the facts underlying Mr Cole’s mental illness they would be moved. It would be absolutely unco