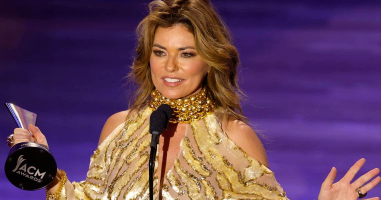 Shania Twain presented a very bold side of herself in a recent photo shoot when she opted to wear nothing on her upper body. Racy photos of the 57-year-old reportedly showed her in heeled boots and a fringed skirt as she covered her chest area with her hands and a cowboy hat.

Another picture of her, which she also posted on her Instagram account, showed her in the same cowboy hat and boots. But instead of her skirt, she tied a white shirt around her waist. Twain spoke about her sexy new look as reported by The Sun: “I designed that photograph myself. It was about taking off my bra, taking off my shirt, tying my shirt around my waist. This is a statement of being comfortable in my own skin and truly being myself.”

When the ‘You’re Still the One’ singer was asked if negative comments about her outfit affect her, she added: “You have to be strong. I never really get mad at criticism. You can’t please everyone, that’s it.” normal”. The raunchy photo shoot was reportedly part of her first solo single from her in half a decade: ‘Waking Up Dreaming’. On Instagram, she wrote: “Every time I announce something like this I feel a huge amount of adrenaline and nerves, it never gets old… I’m so excited to share with you that my new song ‘Waking Up Dreaming’ is out this Friday!!

I’ve spent the last two years working on new music…on my documentary…on residency in Las Vegas and it’s been such a creative time for me, I can’t wait for this next chapter and Waking Up Dreaming is just the beginning. ?”. Twain has also hinted that she will be working on her biopic in the future, The Sun reported. She said, “All sorts of things are in the works. I’m writing songs all the time and the Netflix documentary [‘Not Just A Girl ‘, released in July] has been a huge talking point in my life and career. All kinds of things are coming up, but things I probably can’t talk about right now. But I’ve got a busy few years ahead of me.”