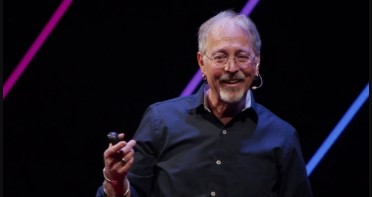 Sam Richards works as a professor and sociologist at Penn State University. According to the university’s website, the professor has around 30 years of teaching experience and teaches 800 students each year. Penn State professor Sam Richards’ controversial session was also streamed live on YouTube, where he has around 55,000 subscribers. However, after the December 6 broadcast received massive backlash, the channel went private.

In addition, the Pennsylvania State University supports the professor’s statements, as he stated that “academic freedom for professors” is crucial to achieve “critical thinking and discussion.” Furthermore, the university stated that the session was held in light of the topic of the day: “A Conversation on Trans Issues, TERFS, and the Binary.

” A representative from the university also spoke about the professor in a conversation with Fox News Digital. : The University also talked about how the professor encourages students to explore complex topics: Additionally, the live stream also showed the professor talking about a student transitioning to a different gender. In addition, he advised the female students on how they can urinate while standing up.

Professor Richards has yet to address the matter. Professor Sam Richards is quite famous among Penn State students as he tackles taboos to guide students on a personal and social level.

He is an award-winning teacher and professor who completed his Ph.D. at Rutgers University with a research focus on the socioeconomic development of Africa and Latin America. His crucial work focused on developing ways of talking about controversial issues in a new way. In addition, he has also been a TEDx speaker. At the same time, he was named one of the “101 Most Dangerous Teachers in America.”

Read Also: Who was Allison Holthoff ? Wiki, Biography, Age, Family, Cause of Death