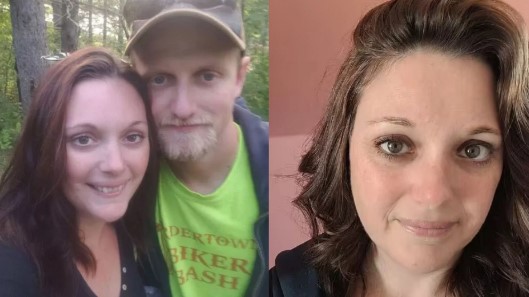 On New Year’s Eve, Allison Holthoff of Nova Scotia, Canada, passed away after going almost seven hours without treatment for stomach pain. The 37-year-old woman was rushed to a hospital on December 31, 2022, around 11 a.m., when her condition deteriorated due to what was initially believed to be an upset stomach.

Gunter Holthoff, Allison’s husband, told CBS News that he had to carry her on her back to get to Cumberland Nova Scotia Regional Health Care Center in Amherst. After arriving at the clinic, the couple had to spend hours in the waiting room until around 3 p.m. when they finally moved Allison into a room. However, Gunter remembers that the room had little to no medical equipment.

Allison Holthoff  Cause of Death

They had to wait in the room for almost three hours until 6:00 p.m. m. to receive medical care from a physician. At 6:30 p.m. m. she underwent an x-ray, when around 6:45 p.m. m., a blue code appeared. Gunter called the system “broken” and, as he stated that it needed to be changed, he said that he did not want anyone to experience what he had just done.

A local MLA, Elizabeth Smith-McCrossin, demanded an urgent investigation into the case and sent a letter to the Nova Scotia provincial health minister. Gunter Holthoff said his wife’s pain continued to worsen as they waited for more than six hours in the waiting room from 11 a.m. to 6 p.m. Finally, after 6 p.m., they were able to see a doctor, who told him she was fine by then. too late.

Allison underwent a preliminary examination. Gunter said her wife’s condition deteriorated to the point that she couldn’t even sit comfortably in a wheelchair and she ended up lying on the floor. While they were still in the waiting room, Allison told her husband that she felt she was dying and told Gunter not to let her die there.

She was then taken to a room to lie on a bed, but, as mentioned above, there was no medical equipment in the room. When a nurse checked her blood pressure, it was alarmingly low. A doctor came to see Allison while she was receiving more urgent care and an X-ray was being prepared, but Allison was unable to breathe. She went into cardiac arrest before the X-ray could be done. A code blue was heard on the X-ray.

Although the nurse and doctor attempted to resuscitate her three times, she died in the ICU around 11:30 p.m. m. Alexandra Rose, Provincial Coordinator for the Nova Scotia Health Coalition, called the situation frightening, adding: The death of Allison Holthoff has led to renewed scrutiny of Nova Scotia’s health system. Emergency departments are understaffed and waiting rooms are overcrowded.

Gunter Holthoff mentioned that he still doesn’t know the actual cause of his wife’s death. However, he did not criticize healthcare workers or medical personnel, but blamed the Nova Scotia government’s handling of the system. The Nova Scotia Health Authority announced that a system-wide quality review is underway, but the process will remain confidential.