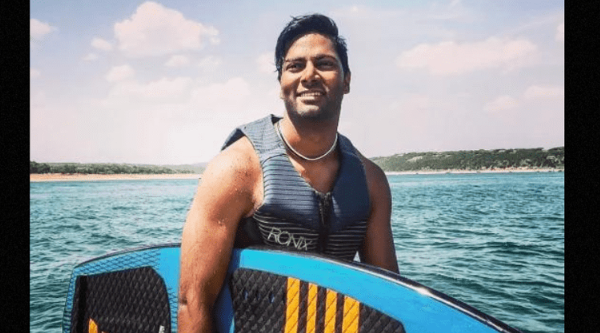 Rajan Moonesinghe, a tech entrepreneur shot dead by police, was defending his home, his family says. In an interview on Thursday, December 1, Rajan’s mother Ruth and her brother Johann commented on the tragic event. “He did nothing wrong,” said Johann Moonesinghe. “

He had a gun…he was defending his house and he didn’t point the gun. He wasn’t threatening. It didn’t look like he was going to shoot anyone.” His brother added that there was recent crime in the area and pulled out a rifle to protect himself, “He called his friend and said I think something has moved around my house. Something strange is going on.”

Rajan Moonesinghe  Cause of Death

Rajan “Raj” Moonesinghe, had returned from a trip and believed that “something was wrong” near his house. The incident occurred in the early morning hours of November 15, when he was standing on his doorstep with a rifle and was found by an Austin police officer. Family members allege that Raj was not given enough time to drop the gun.

Authorities revealed that two other officers initially responded to the call, as one of those officers ordered Moonesinghe to show his hands after being shot. Police said: “Officers immediately began taking life-saving measures,” police said. Moonesinghe succumbed to his injuries at a local hospital.

Police on Thursday released the evidence, including a 911 call to police, Ring camera video from Moonesinghe’s home and body camera footage of the officers, leaving many unsure about the action of the police. police, reports NBC News. The 911 caller said: “He almost seems to be afraid of something inside his house. … It seems that he is aiming the rifle at the interior of his house”.

The caller reports that the man fired, then adds that police arrived and “shot again,” during a six-minute call. “I just wanted to hug him … and say, ‘I love him. Thank you for being this incredible gift to me,” Raj’s mother said. “I’m sad. He wasn’t there because… that shouldn’t have happened to him.”