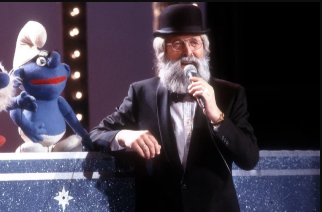 The musician, singer-songwriter and record producer sold around 17 million copies of his songs for The Smurfs. Kartner had worked on the beloved cartoon series from 1977 to 2005, with the theme song Au Pays Des Schtroumpfs, also known as the Smurf Song, becoming a worldwide hit.

Also a successful songwriter and producer, Kartner had written more than 1,600 songs throughout his career, earning him 127 gold records. Born in the Netherlands, Kartner’s singing career began at the age of eight when he won a local festival.

Pierre Kartner Cause of Death

He was part of the band Corry & de Rekels, selling more than a million records in the 1960s. Kartner created his Father Abraham alter ego in 1971 after writing a Dutch carnival song called Father Abraham Had Seven Sons. He had initially worn a fake beard for the character, but later grew a real one and his bowler hat became his signature look.

Kartner was asked to do a promotional song about The Smurfs in 1977, but only 1000 copies of the single were initially pressed, all of which sold out in one day at a Schlager festival. After a reprint, 400,000 copies of the song quickly sold, followed by a full Smurfs album that sold 500,000 copies and went to number one in 16 countries.

In addition to the Smurfs theme song, Kartner also wrote the opening and closing music. credits in the Japanese cartoon adaptation of the 1990 television series Moomin. Kartner leaves behind his wife Annie and his son Walter, according to reports from omroepbrabant.nl.