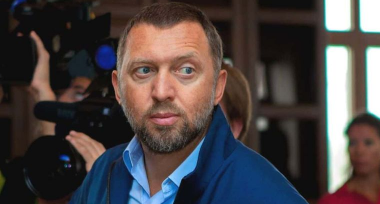 Oleg Deripaska, one of Russia’s most powerful oligarchs, has been indicted by the US Department of Justice (DOJ) for criminal sanctions violations. The indictment alleges that Deripaska, 54, illegally used the US financial system to maintain three luxury properties in the US, and employed her fellow defendants, Olga Shriki and Natalia Mikhaylovna Bardakova, to will help him “provide services worth hundreds of thousands of dollars.” for his benefit in the United States.” This included a plan for his girlfriend, Voronina, to give birth to their son on American soil in 2020, so that the child could benefit from the health system and receive birthright citizenship. , according to court records.

In an indictment issued Thursday, September 29, US Attorney General Merrick B. Garland said, “In the wake of Russia’s unjust and unprovoked invasion of Ukraine, I promised the American people that the Department of Justice would work to hold accountable those who violate our laws.” and threaten our national security. Today’s charges demonstrate that we are keeping that promise. The Department of Justice will not stop working to identify, find and bring to justice those who evade US sanctions to aid the Russian regime.”

Additionally, Deputy Attorney General Lisa O Monaco said, “As today’s charges reveal, while serving the Russian state and energy sector, Oleg Deripaska tried to circumvent US sanctions through lies and deception to get take advantage of the American way of life and benefit from it. But shell companies and webs of lies will not protect Deripaska and his US law enforcement cronies, nor will they protect others who support the Putin regime. The Department of Justice remains dedicated to the global fight against those who aid and abet the Russian war machine.”

According to court documents, Deripaska, the owner and controller of Basic Element, was first targeted by US sanctions in 2018, when he was designated by the US Treasury for having acted on behalf of a senior Russian official. He was blacklisted by federal authorities for his support of the Kremlin-backed campaign to interfere in the 2016 presidential election, reports Yahoo!

The Justice Department said: “Despite Deripaska’s continued support of the Russian regime, he financed hundreds of thousands of dollars in transactions for his son to take advantage of the US health care system and birthright US citizenship.” …. Deripaska distrusted the security of the Russian hospital system.” The charging release says Deripaska “orchestrated” the payment through Shriki of around $300,000 in health care and housing costs for Voronina to have the baby.

According to the indictment, Shriki and Bardakova helped arrange for Voronina’s entry into the US in 2020 and again in 2022 for the birth of her and Deripaska’s second child. On that second trip, after arriving on a private jet financed by Deripaska, Voronina lied to the Department of Homeland Security to hide his ties to the Russian oligarch. Voronina was denied entry, according to the indictment, which accuses her of making false statements to federal agents.

Read Aslo: Who was Neena Pacholk? Wiki, Biography, Age, Family, Cause of Death