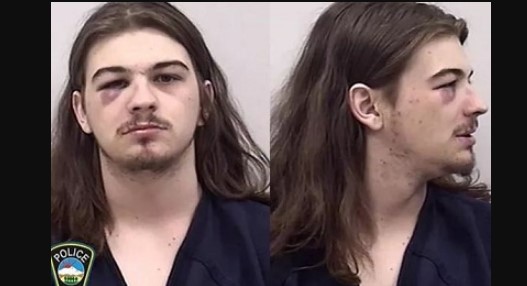 A Colorado Springs man has been sentenced to 20 years in prison after selling fentanyl-laced pills to a teenager, resulting in his death. After he pleaded guilty in August, the US Attorney’s Office in Colorado announced the record sentence for 23-year-old Nathaniel David Corser in a news release Thursday, the harshest federal punishment yet for fentanyl distribution. resulting in death.

“Selling these drugs these days is not the same as selling drugs before,” Judge Daniel D. Domenico said in a statement. “It’s like shooting a random gun in public, you never know what these pills can do what they did here.” Attorney Cole Finegan also commented on what is “the longest sentence to date” for this offense in federal court. “It should send a loud and clear message to drug dealers and drug dealers,” he said.

“Our law enforcement partners will track you down and we will prosecute you if you sell this poison in our communities,” Finegan continued. “Lives are at stake, and we will use all available tools to combat this deadly epidemic and stop these tragic losses.” Corser’s prison sentence will be followed by three years of supervised release.

According to the press release, Corser sold two blue pills, which appeared to be prescription oxycodone but actually contained fentanyl, to 19-year-old Kaeden Norlander on July 4, 2021.

After ingesting the two pills over the next 24 hours, Norlander’s aunt discovered him dead in her bedroom the next day. When Norlander’s cause of death was determined to be the result of fentanyl poisoning, detectives found text messages arranging the drug deal with Corser.

According to the Centers for Disease Control and Prevention, more than 250 Americans die from drug overdoses every day, with the death rate exceeding 107,000 by 2021. Of those deaths, 75% (80,590) involved at least one opioid.