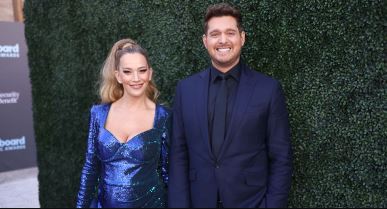 Four-time Grammy winner Michael Bublé, who has sold more than 75 million copies of his songs worldwide, said he could have been an even bigger star, but there’s a reason he isn’t. . Bublé claimed that he would have been more successful if he hadn’t started a family.

The 46-year-old musician said he ultimately chose to put his family life ahead of his career. Bublé’s family includes his wife Luisana Lopilato, 35, their children Noah, 9, Elias, 6, Vida, 4, and Cielo, who was born in August 2022. “You can’t do both successfully. Relatively, you can be successful, but I think you always suffer. It’s funny, if you talk to my manager, he’s a beautiful guy but he’s managed a lot of big careers, he’d say flat out, ‘If Bublé didn’t get married and have those kids, he’d be a star. bigger, easily, honestly,'” Buble said on Gaby Roslin’s podcast, according to the Daily Mail.

The ‘Haven’t Met You Yet’ singer released his 11th studio album in early 2022, which immediately debuted atop the official UK chart. However, the album was at number 43 in Italy and number 11 in the Dutch Top 100 Albums. Buble attributed the decline to his lack of press trips to those nations.

“Since I came to the UK to do that press, it meant that on that trip I didn’t go to Holland or Italy, I had to make the decision, ‘OK, where am I going to spend my time’, and that was probably not great for Italy, It wasn’t great for the chart numbers in Italy, Holland could have been better, that’s what I mean. My manager always tells me: ‘It’s not hard to make decisions, boy, it’s hard to live with the consequences of those decisions, So can you live with the consequences of Mike? If you put your family first, it will hurt our career in those countries, what do you think?’ And of course it sucks for me because of course I’m telling you here that I’m thinking about it all the time and I’m sitting up in bed thinking, ‘Oh damn!'” he said during the podcast. .

In August 2022, the singer welcomed his fourth child with the Argentine actress, revealing the joyous news on Instagram. His wife captioned the post: “From love is born life, light and her… our baby Cielo Yoli Rose Bublé. You finally came into our lives with your 3.8 kg!!! Thank God for this infinite blessing, we love you”. !! Noah, Elias, Vida and your mom and dad ??.”