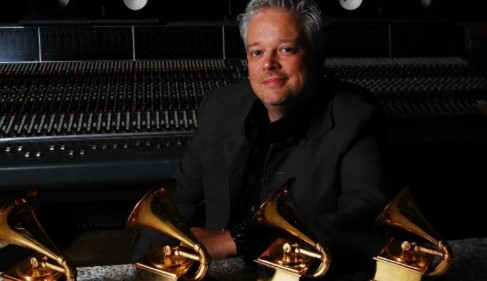 Grammy Award-winning record producer Mark Capps was shot dead by SWAT team at his home in Nashville on Thursday, January 5, shortly after he was accused of holding his wife and stepdaughter at gunpoint. The Hollywood Reporter quoted the Metro Nashville Police Department as saying Mark Capps woke up his 60-year-old wife and 23-year-old stepdaughter at 3:00 am.

Mark Capps Cause of Death

Following the complaint, warrants were issued for Capps’ arrest, and he was charged with aggravated kidnapping and assault. Mark Capps was a four-time Grammy Award-winning engineer, recordist, and producer. He won Grammy Awards for Best Polka Album in 2005, 2006, 2007 and 2008 while he was working with Jimmy Sturr & His Orchestra.

The recording engineer came from a family well known in the Nashville music scene. He was the son of Grand Ole Opry guitarist and Music Hall of Famer Jimmy Capps, who died in 2020. According to Capps’s discography, he had worked with various country and gospel artists since 1987. These included Dixie Chicks, Neil Diamond, Amy Grant, Michael W.

According to his website, his recent projects include albums with artists like Shelly Letterman, Gail Bliss, Brothers of the Heart, Marina Pendleton, and Kelly Crabb, among others. When SWAT officers were dispatched to Capps’ residence, they reportedly approached his home. , Capps allegedly answered the door of his house brandishing a pistol in his hand. The officers, according to police spokesman Don Aaron, sensed that Capps’s movement posed an immediate and imminent threat and fired, killing Capps immediately at the scene.

Read Also: Who was Bam Margera? Wiki, Biography, Age, Family, Cause of Death