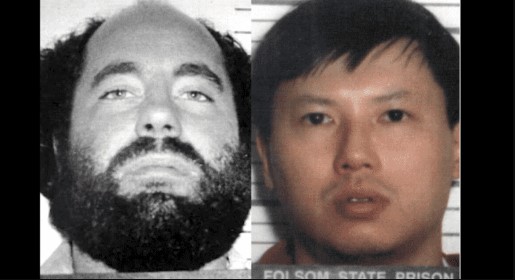 Two of the many serial killers that plagued the people of the US were: Leonard Lake and Charles Ng. While Ng has still been on death row for more than two decades, Lake died in 1985. The two have been said to have killed various people, including women and children, together for years before authorities found out about them. .

Lake’s crimes and his co-conspirator are now featured in ‘Manifesto of a Serial Killer,’ which will reportedly drop on January 1 at 7 p.m. ET in Oxygen. According to the Oxygen site, the series is divided into three episodes, as the synopsis points out: ”

When a documentary filmmaker sets out to tell the story of one of the largest serial killer cases in California history, he discovers a terrifying story that begins in 1984 with the disappearance of San Francisco resident Paul Cosner. As the investigators search for Cosner, they discover the Leonard Lake cabin, where, among the buried human remains, they find Lake’s recorded manifesto.

When Lake’s accomplice, Charles Ng, flees the country, a manhunt ensues and the fight for justice begins.” With the announcement of the true crime show, people’s interest in both killers has increased further. Lake reportedly used Leonard Hill along with a number of other aliases as his identity. According to reports, he was born in 1945 in San Francisco and spent his childhood with his grandparents after his parents separated.

His obsession with pornography and doing disturbing things like killing mice by dissolving them in chemicals began at a young age. As an adult, Lake went on to serve in the US Marine Corps and worked in Vietnam as a radar operator. However, he was soon admitted to hospital for “exhibiting incipient psychotic reactions” and finally, in 1971, he was discharged from the service after being diagnosed with schizoid personality disorder.

Reportedly, the offender then enrolled at San Jose University, but did not complete his studies and became part of a hippie commune. CRIMINAL MINDS reported that “around this time, Lake became obsessed with the idea of global nuclear war and developed a kind of survival paranoia and with it an obsession with guns.” he also met Ng, who was originally from Hong Kong.

Together, they then assaulted, raped, tortured, and murdered an estimated 11 to 25 people. However, his dangerous obsession came to an end in 1985 when he was arrested on unrelated charges. But before being questioned or charged, Lake took cyanide pills while in custody that resulted in his death on June 6, 1985, at the age of 39.