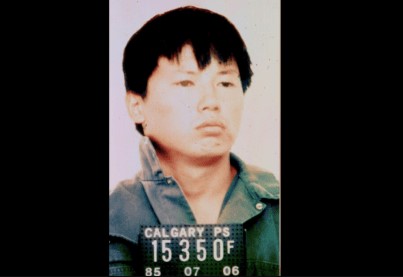 Various serial killers have traumatized Americans over the years. One such monster is Charles Ng, who along with his late accomplice Leonard Lake, kidnapped, tortured, and sexually assaulted numerous people in the 1980s. He was eventually convicted of at least eleven murders.

Calaveras County Lt. Greg Stark, whose father worked in the department at the time of the crime spree, told the Associated Press in July 2022: “This is one of those stories that has been passed down through time. in this community. There have been wild estimates and conservative estimates and I honestly don’t think anyone will ever know, because of how they disposed of the bodies.”

He had added: “Regardless of whether there are 11 (murders) or more than 11, we hope to categorize the remains and if it is possible to return them to the families to give them due respect and internment. If we find additional identifications, we will definitely investigate them and their connection to the case.”

Now, Oxygen is preparing a show about the two serial killers. The title of the series is “Manifesto of a Serial Killer” which will begin airing January 1 at 7/6c on Oxygen. The synopsis for the true crime drama reads: “When a documentary filmmaker sets out to tell the story of one of the largest serial killer cases in California history, he uncovers a terrifying story that begins in 1984 with the disappearance of the San Francisco resident.

Paul Cosner. . As the investigators search for Cosner, they discover the Leonard Lake cabin, where, among the buried human remains, they find Lake’s recorded manifesto. When Lake’s accomplice, Charles Ng, flees the country, a manhunt ensues and the fight for justice begins.”

With the announcement of the show, people’s interest has also grown in the twisted individuals. Born into a wealthy Hong Kong family, Ng came to the US in 1978 and joined the University of Notre Dame near San Mateo. But just a semester later, he dropped out of the course, reportedly making false papers to serve in the Marine Corps.

But he didn’t stay long as he escaped after robbing “an arms depot,” the Los Angeles Times reported, claiming he later met Lake. Ng had reportedly told the publication: “Part of me saw him as the father or big brother that I always wanted.”

Soon the two began kidnapping people and taking them to a secret bunker in Wilseyville, where they would often abuse and rape them before taking their own lives. But in 1985, “the couple were finally arrested after Ng was caught shoplifting in June 1985,” Oxygen reported.

According to one report, after their crimes were exposed, “the bodies of seven men, three women and two young children were found, along with more than 45 pounds of charred human bone fragments, casting further doubt on the true number.” of victims”.

In June 1985, Lake committed suicide in police custody by taking a cyanide pill while Ng avoided trial for years by fleeing to Canada. However, finally in 1999, Ng was found guilty and sentenced to death. Since then, he has been awaiting execution at San Quentin State Prison.

Read Also: Who was Jada Rashawn? Wiki, Biography, Age, Family, Cause of Death