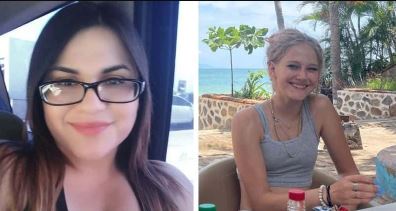 The group of search and recovery divers that found the remains of 16-year-old Kiely Rodni on Sunday, August 21, will now turn their attention to the Jolissa Fuentes case in Fresno County. Adventures with Purpose first broke the news about the missing Selma woman during an interview with the News Nation television show on Friday, August 19. In a live broadcast on Monday, August 22, the group said they would be in Selma within the next two days.

“We will take the next two days to properly brief, decompress and prepare for our next case, which is 22-year-old Jolissa Fuentes in Selma, California,” said AWP’s Doug Bishop. Fuentes was last seen at an AM/PM gas station on Nebraska Avenue around 4 a.m. on August 7. Surveillance footage shows Fuentes driving away in a gray 2011 Hyundai Accent with license plate number 8MPU766, according to MEAWW.

So far, a police search has been ineffective in finding her. The Fuentes family had criticized police for a lack of progress in the search, which was taking place about 320 miles south of Truckee, and the investigation into Kiely’s disappearance. “What I don’t understand is, if you have all these resources and other agencies involved, the police say the FBI is getting involved, we should have something,” Fuentes’ father recently told the New York Post. “These are some of our top trained agencies in the United States, supposedly.”

Since then, the Fuentes family has been active on social media, handing out digital flyers, hosting a prayer vigil and multiple community search parties, and offering a $10,000 reward for any information on the case. A ‘Find Jolissa Fuentes’ group has been created on Facebook to share thoughts, tips and information about the case. Fuentes’s mother, Norma Nunez, has been sharing daily updates, the latest news about the case, along with photos of her .daughter and requests for continued support.

News of the discovery of a car and body related to Rodni raised questions about the police search for the missing teen, who was last seen at a party near Truckee on Aug. 6. The AWP volunteer dive team said Sunday they were able to make a significant discovery within minutes of entering a lake already searched by police, who had assigned nearly 20,000 man-hours to the Rodni case. Bishop also thanked law enforcement agencies, including the FBI, for working with his team of divers, known for their work on missing persons cases. To date, the group claims to have solved 23 missing persons cases.