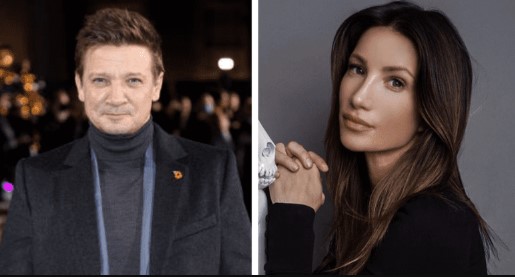 Jeremy Renner is currently recovering from a weather related accident while shoveling snow at his home located on Lake Tahoe in the Sierra Nevada Mountains near Mt Rose-Ski Tahoe in Washoe County. Renner currently stars in the Paramount+ series ‘Mayor of Kingstown’ as Mike McLusky. The actor was previously married to a Canadian model with whom he shares a daughter.

The marriage did not last long and the two separated very soon. Renner has a nine-year-old daughter, Ava Berlin, with Canadian actress Sonni Pacheco. When the 51-year-old actor was riding high with his newfound fame as Hawkeye, he would take weekend trips to see his daughter. The marriage soon soured, and the two divorced in late 2014 after 10 months of being married.

Since then, a custody and child support battle has raged. Pacheco has since claimed that the ‘Hawkeye’ actor threatened to take her life and kill her as well. She alleged that the ‘Avengers’ actor had a drug problem, which he has denied. Born in Pitt Meadows, Pacheco is a Canadian model, actress and sculptor known for projects like ‘The Wingman’ and ‘American Pie Presents:

The Book of Love.’ She was also the spokesperson for Monster Energy Drinks in 2013. However, she soon left everything behind to establish herself as a sculptor and shows off her skills on her social media accounts. In court documents obtained by TMZ, Pacheco claimed Renner was drunk and high on cocaine when he told someone he “couldn’t deal with (Sonni) anymore and just wanted her to go away.”

She claimed that Renner said, “It was better for Ava not to have parents than to have [Sonni] as her mother.” As these allegations began to make the rounds, Disney considered dropping it as well, but they later patched things up with the star. Renner allegedly responded to Pacheco’s accusations.

In an interview with Men’s Health, he said: “I don’t respond publicly or privately to bullshit. It just empowers it….. If you respond, you gas it. Fires. I just don’t. I refuse to.” He claimed all the tests were negative and hinted that Pacheco was the one with the drug problem.