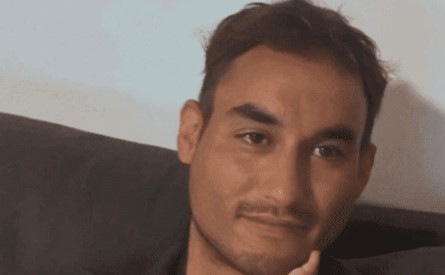 A Gisborne father of four who died alongside his brother-in-law on New Year’s Eve after being struck by a car is remembered by his family as a kind man and a great father. Tragic events occurred when Jardon Thomas Te Hau, who had just turned 31, and his 18-year-old brother-in-law were traveling down Back Ormond Road to the Rhythm and Vines Festival.

Te Hau’s cousin, Monique Smith, said that aside from the fact that Jardon died almost immediately while his brother-in-law died after being taken to hospital, family and friends were unsure of the details of the collision. automotive. Around 9:15 p.m. m., emergency personnel were called to the site near Snowsill Road. The two were walking down the street in the direction of the festival when they were beaten.

Jardón lived life to the fullest, ”says the statement from his family. “He was a colorful character with the biggest heart who would do anything for anyone. He was a wonderful father to all four of his babies. He had a gentle soul and will be greatly missed by his parents, siblings, partner and children.”

To help pay for his funeral expenses, a Givealittle page has been created. So far, it has raised NZD 2,975 (about $1,885) as of the time this article was published. According to Smith, the younger brother’s family has requested that his name not be released yet. She claimed that Jardon, who turned 31 on Christmas Eve, was born, raised and spent his entire life in Gisborne.

He was a former student of Gisborne Boys’ High School. Before the service on January 4 at 1:00 p.m. m. at the Church of Jesus Christ of Latter-day Saints on Stout St in Gisborne, he will stay in his family’s home. A family member said that he lost two family members on the same day. “

This is all so heartbreaking,” he said. “I am quite devastated. I had just finished work when I heard the news.” Drivers should exercise caution on the road, especially at an event where a lot of people were walking, the relative advised. ”

Four days a year, our city is packed, so many walking, drivers need to be careful. My cousin lost the love of her life, the father of her babies. And [the youngest man] was only 18. The drivers they need to be more cautious. S**t like that shouldn’t happen at all. No one should die while going to a festival.”