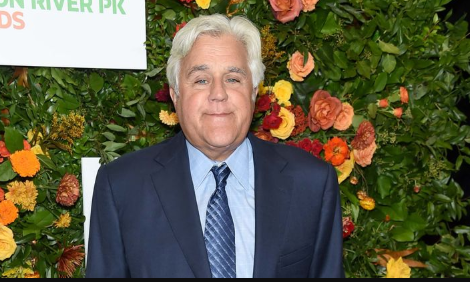 Jay Leno, the famous comedian and lover of classic cars, could have “died” in the fire that broke out in his famous garage in Burbank, Los Angeles, on Saturday, November 12. The former ‘Tonight Show’ host narrowly escaped death but suffered severe burns to his hands and the left side of his face when there was a gasoline leak. The former presenter has now credited his friend Dave of his, who worked alongside him in the garage for saving his life with his quick thinking.

The ‘You Bet Your Life’ host told TMZ from his hospital bed that he was working on his 105-year-old 1907 White Steam Car in his famous garage last Saturday, fixing a clogged fuel line. He claims that there was a fuel leak and gasoline splashed on his face and hands. Almost simultaneously, a spark caused an explosion that set the comedian on fire. As previously reported, Leno was supposed to appear at the Las Vegas conference which he canceled citing a “serious medical emergency.”

Financial Forum 2022 was notified of his absence, but his family did not reveal much about the nature of the emergency, sparking speculation about his health. Leno was immediately taken to the Grossman Burn Center in Los Angeles by ambulance, where he is expected to spend between 5 and 10 days. Confirming that he was “fine” with severe burns on his hands and face, the comedian spoke for the first time on Monday, November 14, in statements to the media.

Leo said it will take him about a week or two to “get back on his feet.” Social media is also abuzz with prayers for Leno’s speedy recovery. When the fire broke out, the report quoting Leno said that his quick-thinking friend Dave, who was right there, jumped on him, quickly dousing the flames. Dave is the host of his show ‘Jay Leno’s Garage’ on CNBC, where he shows off the car collection, which he started in 2014.

Leno, 72, has said that he is now dealing with third-degree burns and may need skin grafts, the report added. His eyes and ears received no harm. Meanwhile, Leno also canceled all of his engagements for two weeks. According to a report, Leno in 2020 claimed that he bought his first car as a teenager because he wanted to take nude photos of his then-girlfriend. Leno’s garage, according to an interview with the Daily Mail, has a collection of 189 cars and 168 motorcycles, some worth millions of dollars.