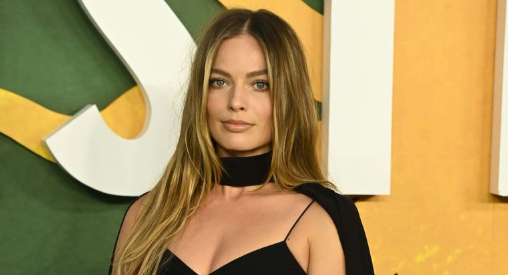 Margot Robbie is considered one of the most recognized female actresses in the world, thanks to her great performance in the 2013 hit ‘The Wolf of Wall Street’. The 32-year-old star had a dream role opposite Leonardo DiCaprio, along with stars like Jonah Hill and Matthew McConaughey, but the success came at a high price, unbearable “stardom.”

That’s right, the ‘Suicide Squad’ actress in a recent interview admitted to her initial struggle with fame In an interview with Vanity Fair, she said: “Something was going on in those early stages and it was all pretty horrible.” Margot added: “I remember saying to my mom, ‘I don’t think she wants to do this.’ And she just looked at me, completely serious, and said, ‘Honey, I think it’s too late not to do it.’ .’

That’s when I realized the only way was forward,” reports PageSix. The ‘I, Tonya’ star also learned over time how to not be hassled by pesky paparazzi, “I know how to get through airports, and now i know who is trying to fuck me in what way. If my mom dies in a car accident because you wanted a picture of me going to the grocery store, or you throw my nephew off a bike, what for? For a photo? It’s dangerous, but strangely nothing feels like it’s changed.”

“The way that I try to explain this job, and this world, to people is that the ups and downs are really high and the lows are very, very low. And I guess if you’re lucky, it all balances out in the middle,” Robbie added. During her recent vacation in Argentina, Margot was allegedly injured when a paparazzi tried to take a photo of her as she boarded a taxi with her model friend Cara Delevingne.

When she was asked during the Vanity Fair interview if she was injured, she responded that due to ongoing legal issues, she can’t comment much on that incident, but she admitted: “No, but I could have been.”
About Robbie’s work ethic and acting skills, actress and filmmaker Greta Gerwig once said while filming ‘Barbie,’ “Once, I wanted to capture Margot in slow motion but have everything else move fast.

so I I walked up to her and said, ‘Could you move at 48 frames per second, even though we’re shooting at 24 frames per second and everyone else will be moving at normal speed? She did some calculations behind her eyes and then she did it. She literally moved at a higher frame rate. I don’t know what category that falls into other than magic.”