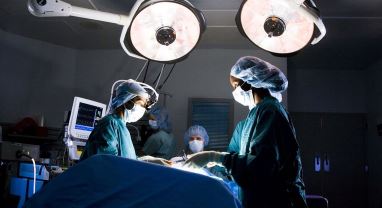 A woman who is suing her psychiatrist for professional malpractice alleged that the doctor did not take the required time before giving her permission to undergo hormone therapy. Jay Langadinos was just 19 years old when he met psychiatrist Dr Patrick Toohey in May 2010 after finding himself “somehow flawed”. He claimed that she was approved for gender transition without much consideration or examination, which eventually led to “complications from early menopause, anxiety and depression, to impaired psychological functioning.”

According to a statement of claim filed in the Supreme Court of New South Wales, Langadinos was asked by his endocrinologist to see Dr. Toohey. Professor Ann Conway had stated in the letter of recommendation that “it seemed likely” that Langadinos had “true gender dysphoria”, but that he was “very young” and clearly required “a full psychiatric examination before embarking on hormonal treatment”. . Toohey agreed to Conway’s examination and confirmed that the then-teenage girl herself had gender dysphoria before allowing her to process.

However, Langadinos did not stop there and in 2012 she met with the doctor again and talked about her desire to have her breasts removed. Toohey apparently saw “no contraindication” after “considering the overall situation and parental support” and gave the go-ahead for a bilateral mastectomy, which occurred later that year. The woman, now 31, saw Toohey for the third time and told him of her desire to get rid of her uterus, which the doctor allowed, finding “no psychiatric contraindication to proceed with the hysterectomy as part of gender transition.” ”. .”

But now, Langadinos has argued that the doctor should have been a little more patient with her. He reportedly realized her mistake in 2016 after meeting with Dr. Roberto D’Angelo for psychiatric treatment. The court claim states that Langadinos “realized that he should not have undergone hormone therapy or the first and second surgeries.”

She accused Toohey of not “taking precautions” and ignoring the dangers “in the nature of losing her breasts, uterus, fallopian tubes and ovaries.” The Sydney Morning Herald reported that her complaint says Toohey “knew or should have known” that Langadinos should seek a second opinion before undergoing hormone treatment and surgeries.

The report stated: “She alleges that he was negligent in not recommending that she obtain the opinion of a second psychiatrist for her hysterectomy. She had hoped that her transition would bring her greater happiness and self-confidence. Instead, each surgery on her plunged her deeper into depression.”

Langadinos said: “Knowing that I can’t have children is absolutely devastating”, before blaming the psychiatrist for her problems. He added that she “has suffered and continues to suffer injuries and disabilities” from her carelessness. Meanwhile, Dr. Toohey has declined to comment because the lawsuit is pending in court. But attorney Anna Kerr, who referred Langadinos’ case to the law firm Slater and Gordon, said the lawsuit “is probably the tip of the iceberg.” “We can expect to see extensive litigation in the coming years related to hormones and gender-affirming crossover surgeries,” Kerr said.