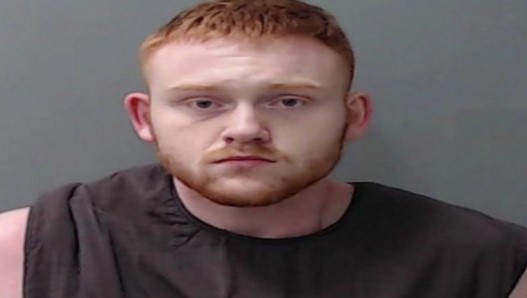 Jared Dicus, the Texas man accused of beheading his newlywed wife, was caught on camera stealing a beer hours after killing her at her residence near the northwest Houston city of Magnolia. The alarming video shows Jared Dicus, 21, breaking into the store where his wife worked and stealing a beer just hours before police found the headless body of Anggy Dicus at the couple’s home on Wednesday, January 11. 2023.

In the video, Jared Dicus is seen getting out of the car and adjusting his pants shortly before entering the store where his wife worked for three months. Dicus then heads to the fridge, grabs a beer, and returns without paying for the drink. He then stops for a quick second and drinks the beer before getting in the car and pulling out of the driveway.

The disturbing video was released after Texas native Jared Dicus confessed to murdering his wife, Anggy Diaz, whom he married in October 2022. Surveillance footage was captured around 11:40 a.m. . m. on Wednesday, January 11 at the Chepes meat market. where Dicus’s wife worked.

Authorities, who found Anggy’s head somewhere on the property of the couple’s residence along with the murder weapon, said Dicus’s family members alerted them to the crime and discovered the gruesome scene. Shortly after, Jared Dicus confessed to murdering his wife the night before.

While police have yet to release a motive for the murder, a friend of the victim suspected Dicus was motivated by jealousy. The friend, on condition of anonymity, told The New York Post that the victim had confided in them that her husband was a jealous person.

Referring to an incident that gave her reason to believe that Dicus was genuinely jealous, she said: The friend added that while Anggy did not infer any apparent problems in their marriage, her friends suspected that the couple’s relationship was rocky. It should be noted that the police have not confirmed the unsubstantiated claims.

The victim, Anggy Diaz, from Nicaragua, reportedly worked two jobs to pay for her mother’s cancer treatment in her country. The victim’s family has launched a GoFundMe page to help raise money for Diaz’s funeral. One day after Jared Dicus killed his wife,

Sergio Sánchez-Rodríguez, 36, he was arrested in El Paso, Texas, after shooting his girlfriend multiple times and robbing several businesses. Rodriguez also reportedly stole a beer before leading law enforcement officers on a high-speed chase throughout El Paso. The injured woman was taken to a hospital where she remains in the ICU.