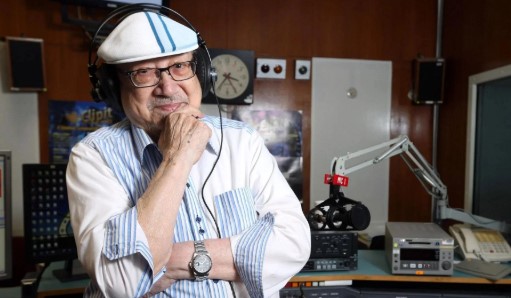 Reinaldo “Tío Ray” Cordeiro, a popular Hong Kong radio host, passed away at the age of 98 on Friday, January 13, 2023. The committee organizing the DJ’s funeral announced his death on Saturday. They added that he was at CHUK Medical Center with friends and family and signed off with a rendition of “You’ll Never Walk Alone”.

Uncle Ray began his career as a broadcaster in 1949 and joined Radio Hong Kong, later RTHK, in 1960, where he continued until his retirement in 2021. His late-night show “All the Way with Ray,” which began airing in 1970, made him a household name and endeared himself to legions of fans across generations.

Uncle Ray Cordeiro  Cause of Death

Uncle Ray was awarded “World’s Longest Lasting DJ” by Guinness World Records in 2000. Ray Cordeiro was born to the descendants of Portuguese immigrants in Hong Kong on December 12, 1924. He studied at St. Joseph’s College, after which he joined Stanley Prison as a warden and also worked in his father’s bank as a clerk.

His first stint in broadcasting was at Radio Rediffusion as a writer and then as host of the Progressive Jazz radio show. Uncle Ray joined RTHK in 1960 as head of light music, interviewing several greats and launching the careers of many young Hong Kong bands during his seven decades with the radio station.

All the Way with Ray”, which Cordeiro hosted until 2021, was the longest-running radio show in Hong Kong. Uncle Ray interviewed the Beatles, the Bee Gees, the Rolling Stones Ella Fitzgerald, Frank Sinatra, Tony Bennett, Cliff Richard, Elton John and Don McLean, among others.

Elvis Presley was the one who got away, as Cordeiro never got a chance to sit down with him.  The announcer was recognizable by his soft voice and his ubiquitous flat cap, glasses, and beard. After his death, many tributes arose as fans recognized his contributions and shared the radio host’s impact on his life.

Hong Kong Secretary for Commerce and Economic Development Algernon Yau Ying said the radio host had made significant contributions to the broadcasting sector and was held in high esteem: Secretary for Culture, Sports and Tourism Kevin Yeung commented that Uncle Ray would be remembered as a guide with a friendly voice, saying:

Throughout his career, Ray Cordeiro has performed as a drummer, published an autobiography in English and Chinese, and appeared in two shows at the Hong Kong Coliseum as well as TVB shows.

Read Also: Who was Marco Murillo? Wiki, Biography, Age, Family, Cause of Death