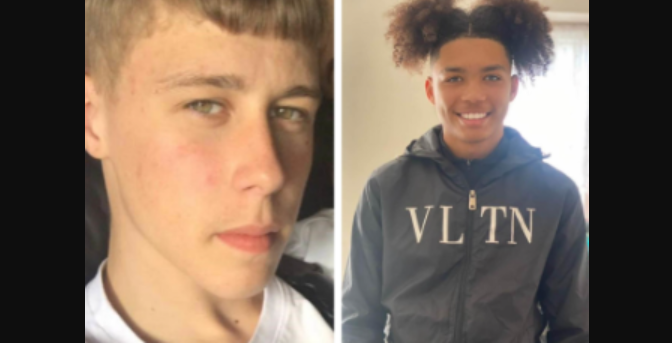 Kearne was stabbed to death in Titmuss Avenue, Thamesmead, while Charlie was found in Sewell Road, Abbey Wood, on November 26. Despite the efforts of the emergency services, they were pronounced dead at the scene. On Friday, the Metropolitan Police charged two men aged 16 and 15.

They appeared at Bexley Magistrates Court on Friday and have been taken into juvenile custody until they appear at the Old Bailey on December 6. Detective Chief Inspector Kate Blackburn, of the Met’s Crime Command, welcomed the developments but said police still want to hear from anyone with information about Friday’s charges.

“Today marks another step forward in our investigation into this shocking incident, but I reiterate my call on anyone with information about the events that led to the deaths of Charlie and Kearne to come forward and speak to police,” she said.

Separately, a 16-year-old boy who was also arrested on November 27 on suspicion of both murders and has now been released on bail pending further investigation. He is due to return to a South London police station in February 2023.