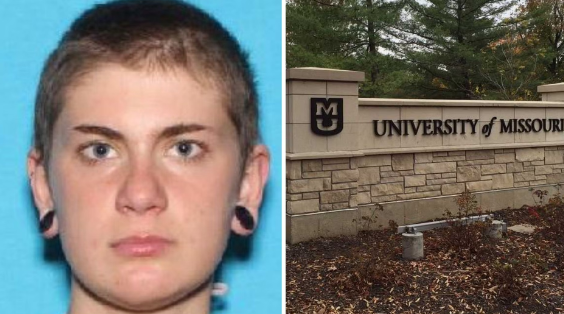 Emma Adams, 20, was arrested on murder charges on January 10, 2023, after a University of Missouri student on the autism spectrum was found dead. Adams was arrested after the student’s body was found in a campfire. According to police, police arrived at the Missouri woman’s door following a welfare check request from the student. When campus police officers entered the residence, they instantly detected the smell of burning human flesh.

The remains of the student, who has not yet been identified by police, were found burning in a campfire behind Emma Adams’ home. Adams allegedly admitted to stabbing the student in self-defense after initially denying knowing the victim. Campus police responded to a call for a wellness check at the Hudson Hall dormitory at the University of Missouri around 5:30 p.m.

on Tuesday, January 10, 2023, after a white student with high-functioning autism, whose identity has not been released by police, went missing from her college dorm. According to the Columbia Missourian, officers collected information on the missing student’s whereabouts from his university swipe card and her cell phone, as well as video footage provided by the University of Missouri.

The video showed the student in question boarding an Uber taxi on Monday night, after which police reportedly sent an emergency information request to Uber, helping them track his ride. Information provided by Uber led police to the 2400 block of Bentley Court, a neighborhood off Creasy Springs Road east of Cosmopolitan Park, where the remains were discovered.

In a probable cause plea filed Wednesday in a Boone County court, Emma Adams denied knowing the missing student but allowed officers into the home and backyard. During the search, the officer discovered the skeletal remains in the backyard fire pit.

In addition to human remains, a blood-stained knife, mattress fragments, and a broken phone matching the victim’s description were found in a water-filled sink. Additionally, officers reported discovering blood in a parked Chevrolet HHR. The probable cause statement indicated that Emma Adams had alleged that the student was “beating” her and that she had fatally stabbed him in an act of self-defense. Although the body in the fire pit was burned beyond recognition, police believe they “have a good idea” who she could be.

Emma Adams has been charged with second degree murder, armed criminal action, tampering with physical evidence and abandonment of a corpse. She is currently being held in the Boone County Jail on a $1 million cash bond.

Read Also: Who was Naya Rivera? Wiki, Biography, Age, Family, Cause of Death