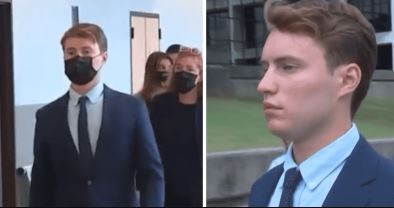 Daniel Campbell, the 20-year-old who hit 18-year-old Devesh ‘Devu’ Samtani in Amagansett on August 10, 2021, was a known criminal and road ‘menace’. According to a recent Daily Mail report, Campbell had a number of previous traffic violations, including speeding tickets, a suspended license and a head-on collision. Although he had a history of traffic violations, he was spared jail time in Samtani’s case and given community service instead.

According to the report, Campbell was involved in at least two horrific accidents before the incident that killed Samatani. This includes a February 2021 accident when he was driving down a one-way street in White Plains, New York, in the wrong direction. In another accident, Campbell received six points for a June 2021 speeding violation in the Bronx. His driving record lists multiple violations, including eight points on his license in less than a year.

Benjamin Brafman, a famous celebrity lawyer who is currently representing Samatini’s family, told the Daily Mail: “One of the accidents he was involved in was a head-on collision with another vehicle on a road that was clearly marked as a single vehicle. It was heading in the wrong direction. It was a miracle no one was killed or injured.” Speaking of Campbell, he added: “We describe him as a driving threat.”

Samtani’s family believe that justice was not served through the trial. The teenager’s mother, Mala, said: “He killed a human. He has to understand that he has taken a human life. At least, at the very least, he should get six months. If he is clear, what are we teaching our children?” “It’s like we’re saying you can hit, run, kill and get out.” In addition, apart from the previous broadcasts and entries. Campbell received two points on his license in May 2021 for disobeying traffic signals in the town of Brookhaven, Suffolk County. In total, he was fined a total of $184 for driving an uninspected and unregistered vehicle in November 2020 in Westchester County.

Brafman hopes the sentence will be revised with this new evidence in place. He hopes the findings will convince Suffolk County Judge Richard Ambro to change his mind and sentence Campbell to prison. The court will hear the case again on September 22.