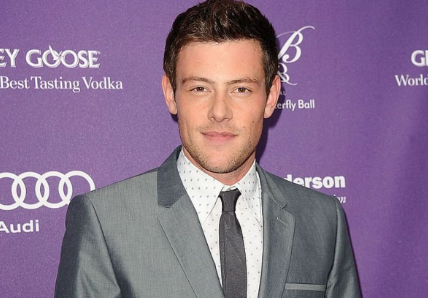 The death of Canadian-born actor Cory Monteith will be one of the main themes of the upcoming ID docuseries The Price of Glee, which will premiere this Monday, January 16, 2023 at 9 p.m. ET. The documentary will look at the “endless scandals, tabloid gossip and fatal tragedies” surrounding the cast of the musical comedy-drama television series, Glee.

Monteith’s death in 2013 was the first of many when the rising star overdosed after taking a lethal combination of heroin and alcohol in a hotel room at the age of 31. The Glee actor battled substance abuse since his teens and even spent time in rehab before he got his acting career off the ground.

Cory Monteith  Cause of Death

According to the Mirror, Monteith landed the role of Finn Hudson on the Fox series by chance and became an international sensation and teen heartthrob after the overnight success. He has also worked in movies like Sisters & Brothers and Monte Carlo. As Cory Monteith battled his demons, no one was looking, and after spending three months in rehab, he passed away.

On July 13, 2013, after being unable to leave his 21st-floor room, staff at Vancouver’s opulent Fairmont Pacific Rim Hotel tragically discovered Cory Monteith dead in his hotel room. The 31-year-old man had been out the night before with friends, according to police. The actor left behind his girlfriend and co-star Lea Michele.

That tragic night, his death was caused by a combination of alcohol and heroin in his system. Later information verified that prior to his death, he had even spent time in rehab and had struggled with substance abuse for most of his adult life.

The coroner’s final report stated that his cause of death was “mixed drug toxicity, involving the use of intravenous heroin combined with the ingestion of alcohol.” The Mirror reported that officer Brian Montague stated that “there was evidence in the room which was consistent with a drug overdose”.

Dr. Jason Payne-James explained on Autopsy: The Last Hours of Cory Monteith that the Glee actor was unaware that the amount of alcohol he had consumed overnight had already damaged his central nervous system. After injecting heroin, the combined effects of these two substances immediately made it difficult for her to breathe. Ultimately, it was the alcohol and heroin that killed him.

Cory Monteith had a troubled life, and according to Showbiz CheatSheet, he even spoke to GQ in 2010 about the challenges of his “renegade teenage lifestyle,” including how he dropped out of high school. and he was expelled from many others.

Monteith explained that he was “hardworking” and that things started innocently enough, such as “skipping school and drinking,” but he soon found himself in a very dark place. Starting at the age of 13, Cory struggled with substance abuse throughout his teenage years, dropping out of school at the age of 16. After being kicked out of several schools, his family interfered in his life when he was 19, after which he spent time in rehab.

After this period, his acting career took off, with a series of minor film appearances. Monteith reportedly explained the reasons behind his being transparent about his troubled past during an interview with George Stroumboulopoulos in 2011. He claimed to have lived a “league of lives.” and that “people have always made a lot of assumptions [about me]”, regarding his character as Finn Hudson.

The actor further explained the reasons for developing an addiction, saying that “it wasn’t so much about the substances. It was more about not fitting in.” To fit in, he adopted the “bad boy” persona. He stated that “it was from the lack of not having a self-image at the time and just people-watching influences.”