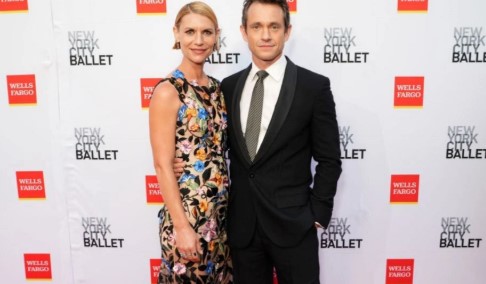 Claire Danes, 43, and her husband Hugh Dancy are set to become parents to another child. The duo recently revealed the news in an interview with People. Danes was recently nominated for a Golden Globe Award for her performance in the FX miniseries on Hulu, Fleishman Is in Trouble.

Danes and Dancy are the parents of two children. The eldest, Cyrus, was born in 2012, and the second, Rowan, was born in 2018. While speaking to the Evening Standard in 2013, Dancy, 47, opened up about adjusting to her daily life with marriage, parenthood and work. and said ,

During an FYC event for Homeland in 2018, Danes opened up about her experience getting pregnant for the first time. She said that it was her eighth month and that she was still working before that.

Claire Danes and Hugh Dancy first met in 2006 while working on the drama film Evening. In an interview with Marie Claire, Danes said that she was single at the time and that she and Dancy developed a close friendship with each other. She continued,

The two were seen together at a show organized by the Afghan Hands Foundation in June 2007 and at the Screen Actors Guild Awards. The couple got engaged in 2009 and married that same year. Claire’s wedding dress was designed by Narciso Rodríguez.

Speaking about her marriage in 2012, Claire said that she feels safe with Hugh and that her mother told her that a long marriage can always work out. She continued,

Claire Danes began her career as a teenager. She initially became popular for playing Angela Chase on the 1994 ABC series, My So-Called Life.