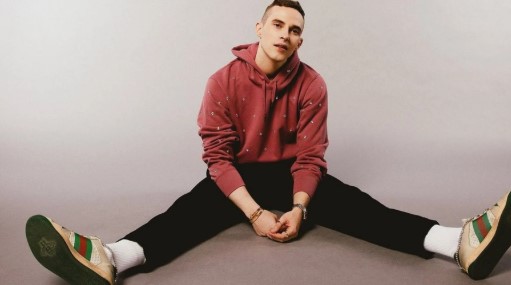 Celebrity Name That Tune is set to feature celebrities as they go head to head in different episodes. Celebrities will have to guess the names of the songs to win money for a charity of their choice. One of the contestants set to appear on the show is Adam Rippon, the former Olympic figure skater whose net worth stands at $4 million and is credited to his career as a figure skater.

Celebrity Name That Tune, the upcoming music show on Fox, will feature former figure skater and idealist Adam Rippon. He will try to guess more songs than Chris Jericho while he tries to earn money for Pups Without Borders. The celebrity was born in Scranton, Pennsylvania, and has five younger siblings. When he was a baby, he underwent corrective ear surgery after it was discovered that he was partially deaf.

Adam attended a Catholic elementary school, Our Lady of Peace. He began skating at the age of 10 after attending an ice skating-themed birthday party. His mother’s efforts to take him to Philadelphia twice a week for skating lessons paid off when he was cast in Stars on Ice to play a young Scott Hamilton at the age of 11.

The Celebrity Name That Tune contestant trained with Yelena Sergeeve from 2005 to 2007. While training with her, he won a silver medal at a novice level at the US Figure Skating Championships. This was followed by him winning a medal gold in the Junior division at the Triglav Trophy in Slovenia. He also placed 11th at the US Championships in 2006 and 6th in 2007.

He won many other medals over the years, moving to Toronto in 2008 and beginning to train with Brian Orser. As his apprentice, the figure skater won numerous other medals, adding to his reputation as a rising athlete. In 2015, Adam Rippon was featured in Skating magazine.

In December 2021, he married Jussi-Pekka Kajaala, whom he had been dating since 2018. They met in 2017 during a skating competition in Finland through a dating app. The Celebrity Name That Tune contestant announced his marriage in an Instagram post.

In an interview with People magazine, Adam stated that the couple always wanted to do something simple and small for their wedding. He added that he thought everyone knew they were going to do it and no one was sure if they would get a “warning or not.”

Adam Rippon retired from figure skating in November 2018 after the 2018 Winter Olympics, where he won a bronze medal. The same year, the athlete won the 26th season of Dancing with the Stars with Jenna Johnson.

He has appeared on several television shows since his retirement, including Will and Grace and RuPaul’s Drag Race, and is also a co-host of MTV’s Messyness. He is now ready to compete on Celebrity Name That Tune, which will premiere on Wednesday, January 11 at 8 p.m. m. ET on FOX.