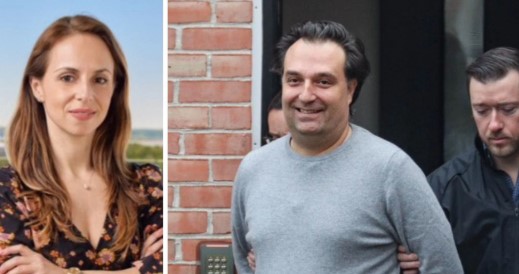 Ana Walshe, the 39-year-old mother from Massachusetts, went missing on New Year’s Day. She was last seen on Sunday, January 1, 2023, when she left for a work trip and was scheduled to board a flight to Washington, DC. Ana’s husband, Brian Walshe, reported him missing on Wednesday, January 4, 2023. Brian, 46, was found guilty of art fraud in 2021.

Police initially believed that there was no connection between Brian’s background and Ana’s disappearance. However, according to the Norfolk County District Attorney’s Office, Brian was arrested on Sunday, January 8, for misleading police. CBS Boston reported that Brian Walshe will likely be arraigned in Quincy District Court on Monday, January 9.

A voicemail between Brian and one of Ana’s friends has been recovered by WBZ-TV, in which he is heard asking about his wife. Ana Walshe, a Massachusetts resident, has been missing for over a week. According to her reports, she left her house on New Year’s Day to go to Logan International Airport to board a flight to Washington, DC. Police, however, believe that she did not board the flight.

She had allegedly booked a carpool at 4 am local time on January 1, but it could not be confirmed whether she got into the vehicle or not.Anas’s husband, Brian, reported her missing three days after she left on New Year’s Day. After  a preliminary investigation, Brian was found to be a convicted art fraudster. On Sunday, police arrested Brian Walshe for allegedly misleading the police. The police said,

In 2021, Brian pleaded guilty to federal fraud charges when he sold two fake Andy Warhol paintings to a South Korean buyer on eBay. He stole the authentic paintings from a friend and mentioned that he would sell them for good prices. However, the friend was unable to contact Brian and was unable to recover the money or the paintings.

The court documents further mentioned that Brian sold fakes to a South Korean buyer on eBay, who later noted that the paintings came without authentication stamps. Brian allegedly committed fraud for approximately $80,000 in total. In 2018 Brian was arrested and in 2021 he was convicted. He was facing charges of wire fraud, interstate transportation for a fraud scheme, illegal financial transactions and possession of converted property.

Alissa Kirby, a friend of Ana Walshe, corroborated the fact that she was supposed to be going to Washington, DC on a business trip. Kirby added, Prosecutors reportedly found a knife and blood in the basement of Walshe’s residence. Brian had also reportedly purchased $450 worth of cleaning supplies.

WBZ-TV recovered a voicemail that Brian sent to a friend of Ana’s. Authorities discovered that the voicemail was sent Wednesday when Ana Walshe was reported missing by her husband. Brian can be heard saying: Peter Kirby, a family friend of the Walshes, spoke about the incident, saying:

Peter mentioned that he had last seen Brian on Thursday, January 5th. According to Kirby, Brian and Ana Walshe hoped that 2023 would be “their year.” He further added, Authorities have mentioned that the couple’s children are currently in state custody. CBS Boston further reported that police are executing a search warrant at the Walshe residence. Investigators were reportedly seen removing boxes of evidence from the home. Some even carried shovels.

They also took Brian’s gray Volvo minivan as evidence. Investigators have also been in DC to collect any possible evidence that could help them find Ana Walshe. They returned after the search on Sunday. NBC10 Boston tried to make contact with Ana Walshe’s husband, Brian, before he was arrested. It was discovered that Brian was being represented by Tracy Miner, however she declined to comment on the case. In 2021, when Brian was arrested, court documents listed Ana Walshe as his wife.

Read Also: Who was Sadie Davila? Wiki, Biography, Age, Family, Cause of Death