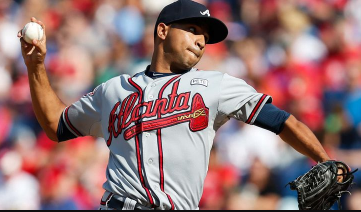 Former Major League Baseball pitcher Anthony Varvaro, who left the mound to become a Port Authority officer, was killed in a wrong-way crash on Sunday, Sept. 12, 2022, according to police. Varvaro, 37, a Staten Island native who spent most of his six-year MLB career pitching for the Atlanta Braves, began his employment with the Port Authority Police Department in 2016 at World Command. Trade Center. Between 2010 and 2015, Varvaro pitched for the Braves, Seattle Mariners and Boston Red Sox.

After that, he joined the police department. A Port Authority source told The Post that Varvaro was on his way to work at the 21st anniversary commemoration of the 9/11 terrorist attacks on the World Trade Center when he was killed. The married father of four eventually rose to the position of instructor at the department’s police academy. Authorities said Varvaro was killed in a head-on crash on a section of the New Jersey Turnpike near Exit 14-C near Jersey City. Cops told the Daily Voice of New Jersey that the driver who hit him was going in the wrong direction at the time of the accident.

Anthony Varvaro Cause of Death

Port Authority Police Benevolent Association President Frank Conti said in a statement that the union was “shocked and saddened” by the tragic death of the veteran officer. “Anthony was taken from us as he prepared to honor the lives of the 37 Port Authority police officers who perished on September 11, 2001 at the World Trade Center,” he said. “Police Officer Anthony Varvaro will always be honored and never forgotten.”

Varvaro “grew up among the families of fallen police and firefighters on 9/11” on Staten Island, as Conti described him as “a Staten Island kid.” He earned a degree in criminal justice from St John’s University and joined the Port Authority’s World Trade Center Command, where he was responsible for “patrolling the hallowed grounds of the World Trade Center,” according to the union representative.
Conti recalled Varvaro commenting that he was “honored” to work with the team at some point. “It really shocked me: I met a lot of people who died here,” Varvaro said of his time at the Ground Zero command center, according to Conti.

“The entire Port Authority family is heartbroken to learn of the tragic passing of Officer Anthony Varvaro,” Palestinian Authority President Kevin O’Toole and CEO Rick Cotton said in a joint statement. “Officer Varvaro represented the best of this agency and will be remembered for his courage and commitment to service,” they said. “On behalf of the agency, we send our deepest condolences to Officer Varvaro’s wife, Kerry, her four children, and her family and friends,” the statement read.