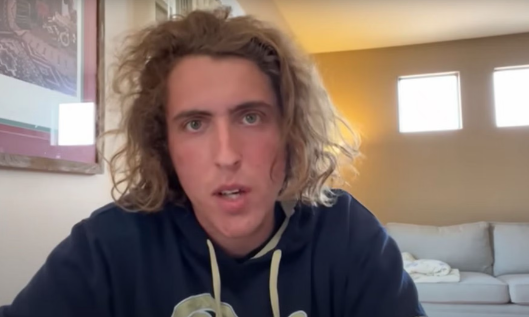 Internet personality Andrew Callaghan has addressed the misconduct allegations that recently landed against him. This comes after three alleged victims accused him of sexual assault. Although the YouTuber seemed to take responsibility for his actions, netizens were not completely satisfied with his latest statement.

The All Gas No Breaks host created a new YouTube channel where he uploaded a video titled In Response. In the 5-minute video, Andrew Callaghan claimed that he “never crossed” the line of consent. He also announced that he would “immediately” begin therapy and attend AA meetings for his alcohol use. In the video, Callaghan said:

Callaghan later explained that he “went into a mental health crisis spiral” that led to his belated response to the allegations. He went on to add: Andrew Callaghan expressed that he thought that going home alone from a bar “made you a loser” and that “persistence was a form of flattery.”

The journalist finished the video of him sharing his plans for the future. He announced that he was going to participate in therapy sessions and the 12-step program of Alcoholics Anonymous after alcohol was a “contributing factor” in the bad decisions he has made.

The first alleged victim to come forward was Caroline Elise. She took to TikTok explaining that the social media personality “wore her down” to have sex until she consented.

A representative for Callaghan claimed that Elise released the TikTok video after demanding that Callaghan pay her financially. After he refused to do so, Elise reportedly came forward with her explosive statement. After the video of her went viral on various social media platforms, other women came forward anonymously, claiming that Callaghan had also put them in awkward situations.

Internet users had mixed reactions to the This Place Rules star’s apology. While some netizens were supportive of him admitting his wrongdoing, others were of the opinion that the YouTuber did not address the accusations in the right way.

They claimed that he seemed too scripted and that he didn’t seem candid enough. Some reactions say: Following the allegations that made headlines, Tim Heidecker, the producer of Callaghan’s latest HBO documentary, denounced his behavior and assured fans that he has no plans to collaborate with the internet personality on the future.

Read Also: Who was Grandma Holla? Wiki, Biography, Age, Family, Cause of Death