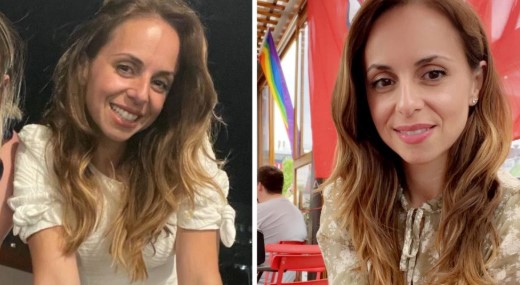 Ana Walshe, 39, disappeared on New Year’s Day after leaving home to catch a flight. Walshe, a working mother of three from Massachusetts, works for a property management firm in Washington. She was scheduled to fly to Washington, DC, for work.

According to the police, Ana Walshe did not get on the plane and no one has seen her since. Ana’s family and friends fear the worst. Her husband, Brian, reported her missing on Wednesday, January 4, 2022. Shortly thereafter, the firm where she worked also reported her missing.

At a press conference held on Friday, January 6, Cohasset Police Chief William Quigley spoke about the case. and said K-9 units have been deployed to search for the missing mother in the woods near her home. However, the police have also stressed that they have yet to uncover any signs of foul play.

The Massachusetts mother of three, who was last seen on Sunday, January 1, 2023, has yet to be found. It’s been more than five days since Ana Walshe left home and she hasn’t been back since. Walshe was supposed to catch a flight from Logan International Airport in Boston and fly to Washington, DC.

According to reports, she had booked a carpool around 4 am. However, they could not confirm if Walshe got into the vehicle. According to the Cohasset Police Department, she did not board the plane. Her husband, Brian, reported her missing three days after she left home on Sunday.

Police Chief Quigley mentioned that it was not unusual for Ana Walshe to work long hours without informing her family. Police believe this could be the reason for the three-day delay before her family reported her missing. The property management company where Ana worked also reported her missing along with her husband.

Quigley mentioned at the news conference that along with local police, K-9 units and the State Police Special Emergency Response Team are involved in the search for 39-year-old Ana Walshe. Authorities further mentioned that the search for Ana Walshe was called off around 7 p.m. m. local time on Friday, January 6 and will resume on Saturday, January 7.

The case saw a new development when police responded to a fire at Ana’s old house. A different family now reportedly lives in that house. Authorities are trying to find out if there is any possible link between the fire and the disappearance of the working mother.

The couple, their toddler and the nanny, who were at the Jerusalem Road home when the fire broke out, were uninjured. Quigley further said, As stated above, no Walshe fingerprints have been discovered thus far. Her phone has been off since the time she left home. Authorities have also not noticed any activity on her debit or credit card.

In addition, they mentioned that her husband, Ana’s family, company, and people who know her have been very cooperative. According to Quigley, the disappearance is not treated as a missing person case. He added that the police discovered that Ana’s husband, Brian, is a convicted art fraudster.

He pleaded guilty in 2021. Federal prosecutors said Brian sold two counterfeit Andy Warhol paintings to a South Korean buyer on eBay for around $80,000. However, police said there appears to be no connection between Brian’s background and Ana’s disappearance.

According to the police chief, local police units are receiving help from other law enforcement agencies such as the FBI, TSA, Secret Service, and detectives from Norwell, Hull, Scituate and Hingham. Walshe’s family and friends are concerned and pray for her safe return. Ana Walshe lived with her husband Brian and her three young children in a house in Cohasset, which is about 40 minutes from Boston.