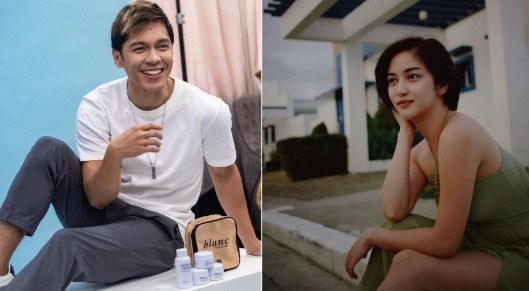 After several weeks of speculation, it has been confirmed that Carlo Aquino and Charlie Dizon have been dating. The duo have an age difference of 11 years. The news was confirmed in an interview with ABS-CBN at a press conference for the collaboration of Star Magic and Mavx Productions to promote their film, I Love Lizzy, on January 6, 2023. Carlo said that he and Charlie are starting to learn about each one. other.

The duo first met in 2020 while working on A Soldier’s Heart followed by the Star Magic US Tour last year. The dating rumors began after they were spotted together in La Unión and they also seemed comfortable with each other in a group photo that was posted in December of last year.

Born on April 12, 1996, Charlie Dizon began her career with the 2017 romantic comedy film, I Finally Found Someone. With John Lloyd Cruz and Sarah Geronimo in the lead roles, the film grossed around $316 million at the box office.

Charlie Dizon has appeared in several television shows, but is best known for her appearance as Marikit/Halina in the ABS-CBN fantasy drama series Bagani. The show aired for two seasons, with 118 episodes from March 5 to August 17, 2018. It features Enrique Gil, Liza Soberano, Matteo Guidicelli, Makisig Morales, and Zaijian Jaranilla in the lead roles.

Dizon gained recognition for playing Isabel Gezali in the action drama series A Soldier’s Heart. Despite being involved in some controversies, the show received positive feedback from the audience. The show aired for two seasons with 110 episodes from January 20 to September 25, 2020.

Charlie Dizon has played important roles in other TV shows like ASAP, Maalaala Mo Kaya, Parasite Island, My Sunset Girl, Viral Scandal and I Can See Your Voice. She is also active on Instagram with around 652,000 followers.

Carlo Aquino was romantically linked to Trina Candaza for three years before splitting in 2022. The duo became parents to their daughter Enola Mithi, born in September 2020. News of their split was confirmed in April 2022, but Aquino did not mentioned the reason. the same.

Rumors of their split began in January of last year when Trina shared cryptic posts about couples considering another woman in their lives. She even moved to a new place with her daughter. Carlo Aquino is known for his appearances in movies like Expensive Candy, Isa Pa with Feelings, Ulan, Exes Baggage, Meet Me in St. Gallen and more. He has also appeared on TV shows like Daddy’s Gurl, Playhouse, The Better Half, We Will Survive, FlordeLiza, and more.

Read Also: Who was Karen Barnes? Wiki, Biography, Age, Family, Cause of Death