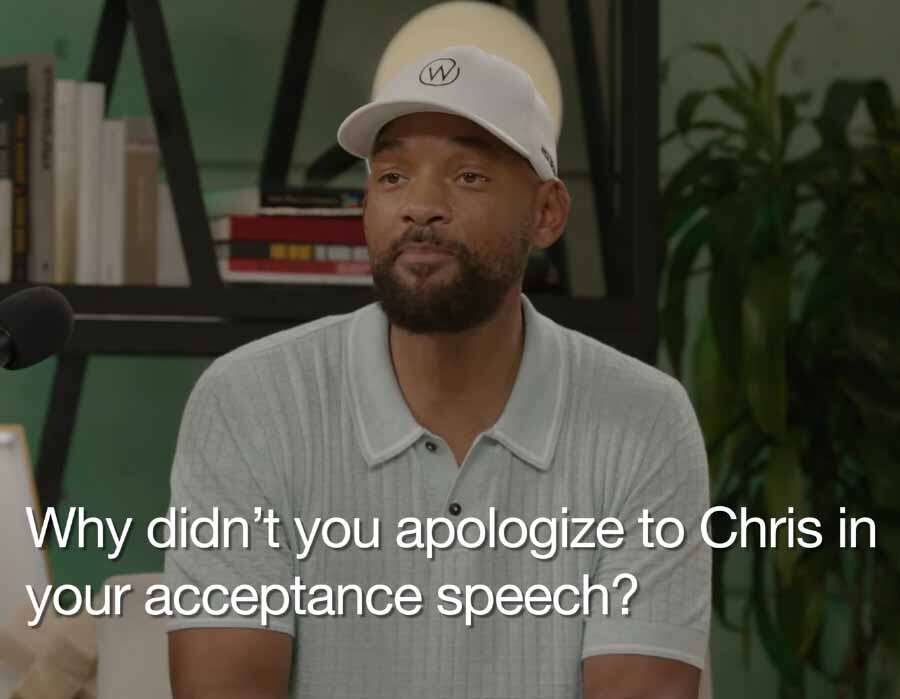 Will Smith is asking for forgiveness for the “unacceptable” abuse he committed against Chris Rock. Smith, 53, finally apologized via his YouTube channel on Friday after giving Rock, 57, the famous “slap heard ’round the world” after the comedian made an inappropriate joke during the 2022 Academy Awards.

Will Smith said: “I’ve reached out to Chris, and the message that came back is that he is not ready to talk, But when he is, he will reach out.”

Smith continued by apologizing for slapping Rock after the Brooklyn-born comic made a contentious remark about Jada Pinkett-Smith, 50 while occupying the Oscars’ main stage. He said: “So I will say to you, Chris, I apologize to you,”

“My behavior was unacceptable, and I’m here whenever you’re ready to talk.”

He added: “I’m human and I made a mistake and I’m trying not to think of myself as a piece of s–t.”

Will Smith issues an apology to Chris Rock and his family

After his wife, Jada Pinkett Smith rolled her eyes at the alopecia joke that started the argument, the “Fresh Prince of Bel-Air” alum stressed that she did not urge him to “do something.”

He added that his worst dread has always been disappointing others, especially his wife. He explained: “Disappointing people is my central trauma. I hate when I let people down, so it hurts psychologically and emotionally to know that I didn’t live up to people’s image and impression of me,”

“I know it was confusing. I know it was shocking, but I promise you I am deeply devoted to putting light and love and joy into the world,”

“I am embarrassed and my actions were not indicative of the man I want to be. There is no place for violence in a world of love and kindness.”

After completely disappearing, Smith reappeared in India, where he was spotted mingling with fans and appearing to be in good spirits. Rock, meantime, has continued his comedy tour, in which he has made passing references to the incident but has not yet provided any additional details.

Smith was barred from attending any Academy functions for 10 years as a result of the smack.

Read Also: Who was Mary Alice? Wiki, Bio, Age, Family, Cause Of Death