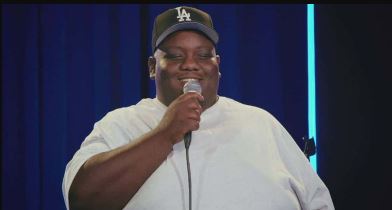 Comedian Teddy Ray died on August 12, 2022, at the age of 32. The news of Ray’s death was confirmed by Comedy Central, who wrote: “Teddy Ray was a fun and beloved entertainer. He will be deeply missed by the entire comedy community.” Co-stars and fans of the comedian, who celebrated his birthday just two weeks ago on July 30, shared their heartbreak over the sudden news of his death, saying, “The man had great energy.”

The cause of death for the comedian, who appeared on HBO’s “All Def Comedy,” “Pause with Sam Jay” and appeared on the eighth season of MTV’s “Wild N’ Out,” has not been released. The Riverside County Sheriff’s Office and the county coroner’s office confirmed the death of the comedian, whose legal name was Theodore Brown, according to a Los Angeles Times report. All Def Digital, a media company Ray had collaborated with, wrote on its Instagram page: “We are heartbroken and still can’t believe our brother Teddy Ray has passed away. Teddy was the kindest person you could ever meet. He always He was smiling. He had a natural ability to make anyone laugh in any situation and his laughter was contagious! To know Teddy was to love him.”

Teddy Ray Cause of Death

Quinta Brunson, creator of the hit ABC sitcom ‘Abbott Elementary,’ paid tribute to Ray on Twitter, writing, “Rest well, Teddy. The friendliest and funniest. We are all going to miss you so much.”

TV personality Desus Nice tweeted: “Rip teddy ray he was a real one,” while Nice’s former partner The Kid Mero wrote: “BRO NO TEDDY MY DOG WAS SO EFFORTLESS WITH IT. SHIT SMFH”.

Fans also took to Twitter to express their hearts and mourn the loss of the comedian. One wrote: “Teddy Ray is dead. I can’t believe we lost a real one so young. I used to see him smile on every yt def channel because he could always make my day brighter.” Another wrote: “Damn big on Teddy Ray man had great energy.”

Ray didn’t just do stand-up. He was a writer and actor on the comedy series ‘How to Be Broke’ in which he appeared in six episodes between 2017 and 2018. He also appeared in a 2021 episode of ‘Cancel Court’, a court comedy show .