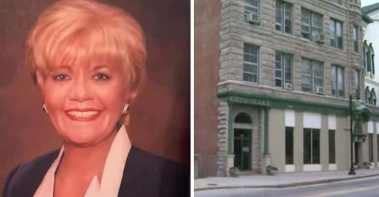 Officials have reported that the decaying remains of a former mayor, Susan Menard, of Rhode Island have been discovered at her residence. The second body found at the residence is tagged as male but is yet to be identified. According to WJAR, Menard, a longtime mayor of Woonsocket, was one of the two people discovered dead at her house this week. Menard was 74 years old when the officials found her body. From 1995 to 2009, Menard served as mayor of Woonsocket for over a decade, a 40,000-person town about 20 miles from Providence.

Police reported that the two “badly decomposed” remains were located at Menard’s residence on Monday, September 19. Additionally, the lady and the male were discovered by the police after they broke through a back window on the first floor and pushed their way inside. At this point, there is no sign of foul play because the residence was locked and the mailbox was filled with mail as the investigation on the matter continues. Although, the identity of the second body found in Menard’s home remains unknown. “The causes of death for these individuals are still pending,” the medical examiner’s office said in a statement.

The Providence Journal shared that police were called to the residence after a neighbor said he hadn’t seen Menard or a guy who lived there in “a couple of weeks.” Speaking to ABC station WLNE-TV, Freddie Herrera, who lives next door to the house where Menard’s body was discovered, told reporters that he tried calling his neighbors every day but was unsuccessful. . Herrera detected a “really strong smell” on Sunday, September 18, but he wasn’t sure where it was coming from.

He noticed “lots of flies around the windows” the next morning when he went to check on his neighbor’s house, prompting him to call the police. As reported by WPRI and WJAR, Woonsocket Police Chief Thomas Oates stated that an “older man and woman” were discovered dead inside the Marian Lane home.
Officials were previously unable to identify the two bodies due to their degraded condition, but one of them is now confirmed to be Menard. The horrendous scene has drawn the attention of many in the surrounding area, as the reasons for his death have yet to be discovered. While the investigation continues, the area is sealed off by the police.