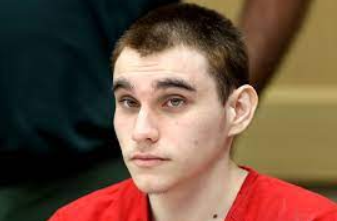 The defense has rested its case on the sentencing trial of Parkland shooter Nikolas Cruz, who murdered 17 students and staff members in the 2018 Valentine’s Day mass shooting at Marjory Stoneman Douglas High School.

The move surprised both the judge and the prosecution on Wednesday morning, who had expected the defense to call some 80 witnesses. Instead, jurors have only heard from about 25 defense witnesses.

Judge Elizabeth Scherer criticized the sudden announcement, which left the state unprepared to resume her case. “I have never experienced a level of unprofessionalism in my career,” she said furiously. Now, the court will be in recess until September 27 to give the prosecution time to prepare their rebuttal case.

The defense spent just over two weeks arguing that Cruz suffered from behavioral and developmental problems and endured a problematic upbringing, and did not receive adequate intervention. The final witness called to the stand was Dr. Kenneth Jones, one of the nation’s leading experts on fetal alcohol spectrum disorders (FASDs). Dr. Jones testified that Cruz met the criteria for someone with behavioral and developmental problems caused by exposure to alcohol in the womb.

This came after prosecutors spent three weeks presenting graphic details of how Cruz planned and carried out the attack, footage of him calmly going to a nearby Subway and McDonald’s in the immediate aftermath, and harrowing testimony from the families of the victims. Jurors also toured the school site and saw for themselves blood-stained classrooms and hallways, bullet-pierced doors and walls, and abandoned Valentine’s Day gifts from that day four years ago. Cruz, now 23, pleaded guilty in October 2021 to 17 counts of murder and 17 counts of attempted murder. Jurors will now decide whether to sentence him to death or life in prison without the possibility of parole.