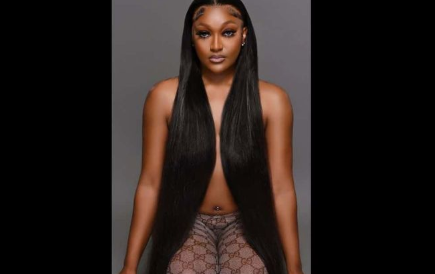 A Successful Businesswoman From Charlotte, North Carolina, Who Traveled To Mexico With Her Best Friend And Five Others, Dies; and Khalil Cooke, her best friend for more than five years, is lying about what happened to her, her family believes. Shanquella Robinson, 25, her best friend Khalil, Wender Donovan, Alysse Hyatt, Daejhanae Jackson, and Nazeer Wiggins traveled to Cabo, Mexico on Friday, October 28, 2022. On Saturday, October 29, 2022,

Shanquella’s mother, Salamondra Robinson, claimed they received a call from Khalil informing them that Shanquella was “sleeping” and “not feeling well” and had vomited several times. She stated that since they believed that she Shanquella was suffering from a hangover, they were not concerned. It turned out that was not the case.

Shanquella Robinson Cause of Death

“After he told me that she was resting and that she wasn’t feeling well and that she had thrown up, I told him to just call us and keep us posted on how she was doing,” Salamondra said. Shanquella had alcohol poisoning, Khalil informed Salamondra when she came back on the line. However, Salamondra claimed that she was a bit calm, since she trusted Khalil. “We were calmer, I suppose, because we trusted him and we believed what she told us.”

However, the next time Khalil called, she informed him that an ambulance had arrived at her villa. “He told me there were about 3 ambulances there and they were trying to resuscitate Shanquella,” Salamondra said Salamondra said Khalil then put them on hold and they were confused because she had just spoken to them, THENCBEAT reported.

Sadly, Shanquella died. Khalil and the other five had to leave Mexico quickly to avoid getting into legal trouble, so they returned to the United States. In an effort to appear innocent, Khalil continued to reach out to the family. Her death was not caused by drink, according to Shanquella’s autopsy, which she also found that she had been beaten and had a broken neck and broken spine.

Salamondra claimed that Shanquella’s face was swollen, had a lump in her head, puffy eyes and chapped lips in photos sent to her and her family, THENCBEAT reported. Now a video has surfaced on social media of a woman beating Shanquella in a hotel room. In the video posted by North Carolina Beat, Shanquella is seen naked as a woman hits her over the head repeatedly.

The presumed friends in the room are just recording the brutal attack on their phones. At one point, Shanquella is on the ground and her so-called friends are cheering the other woman on. The woman is seen hitting Shanquella over the head multiple times again. Throughout the video, as the alleged friends are seen in the room filming the fight, one man repeatedly says, “At least fight back.”