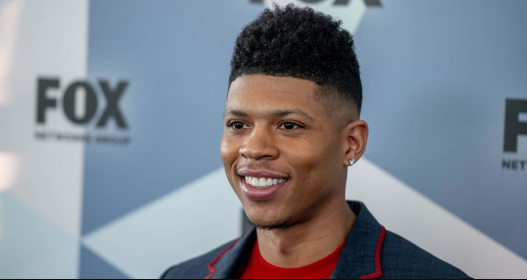 Bryshere Gray, former ‘Empire’ star, has been arrested yet again for allegedly violating his probation. The 28-year-old had previously pleaded guilty to aggravated assault against his wife in 2021. According to court documents acquired by TMZ, a woman recently called Arizona police to report that she and Gray were seeing each other, but that “her behavior was escalating and she feared for her safety.

She told police that Gray had yelled at her numerous times in the past and had thrown a box of food at her and pulled her hair. According to police, Gray also had numerous run-ins with authorities, including a domestic disturbance complaint filed against him in October. He was charged with probation violation as he reportedly did not tell his probation officer about these encounters. He was arrested after a judge signed an arrest warrant and he was taken into custody.

In July 2020, police responded to a 911 call “that an adult victim had allegedly been assaulted at her Goodyear home by her husband, whom she identified as Bryshere Gray, an actor on the television series Empire,” according to a news release from the Goodyear Police Department. The actor pleaded guilty to the aggravated assault charge about seven months after he was first arrested for strangling his wife, according to TMZ.

Gray was then sentenced to spend 10 days in an Arizona county jail in 2021, along with three years of probation. The other related charges against him, including aggravated assault with a deadly weapon and kidnapping, have been dropped, according to his plea agreement.

Documents from Gray’s 2021 sentencing hearing revealed that his three-year probation came with a number of requirements. He was instructed to abstain from alcohol during his probationary period and to avoid all contact with the victim unless permitted by the Arizona Adult Probation Department.

Gray’s wife allegedly had “numerous visible injuries on her body and she also testified that Gray strangled her at one point and she temporarily lost consciousness,” according to ABC reporter Zach Crenshaw. Gray was later taken into custody after he allegedly initially refused to leave his residence and speak to officers. He was ultimately arrested “without incident,” police said.

Read Also: Who was Austin McEntyre? Wiki, Biography, Age, Family, Cause of Death