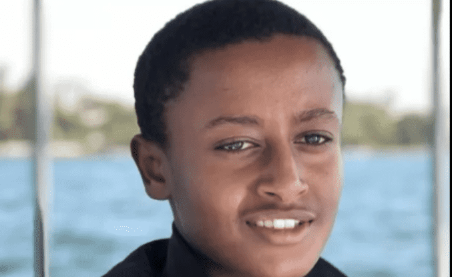 A 14-year-old student has been charged with the murder of another student whom he allegedly killed after a fight. A GoFundMe launched to support the victim’s family identified him as Ebenezer Haile, who was 17 years old. However, his life was cut short on November 8 at Ingraham High School. The defendant’s identity has not been released due to his status as a minor, but reports say he has been charged with first degree murder, first degree assault and unlawful possession of a firearm charges.

In addition, the judge who will preside over the case will decide whether he wants to try the suspect as an adult, according to reports. According to reports, the fatal event occurred before ten in the morning on November 8. people present at the facility heard sounds of gunshots. Upon arriving at the scene, officers saw the wounded victim of five gunshot wounds in the school hallway.

Ebenezer Haile Cause of Death

He was soon rushed to the hospital, but could not be saved. Following the incident, the 14-year-old alleged killer was charged after multiple witnesses claimed he was the one who shot and killed Haile. Along with the prime suspect, a 15-year-old also faces second-degree unlawful possession of a firearm and a first-degree felony providing criminal assistance related to the shooting charges. He apparently will be tried only as a minor.

After the fight in the bathroom, the children left, but the suspect and a friend of his appeared “noticeably agitated and angry,” court documents say. Another fight soon broke out in the hallway when the 14-year-old thought Haile had his phone, according to a witness. Another witness claimed that they “saw the 14-year-old boy and Haile in the hallway at 9:55 a.m.

The witness told police as the 14-year-old boy walked past Haile, and Haile said, that,” that the witness interpreted as ‘firing a gun,’ King 5 News reported. The report also added that when the victim passed through the area after the second fight, the alleged shooter pulled the gun from his backpack and shot him multiple times. Reports indicate that the 14-year-old also attempted to shoot a second student, but missed.

Court documents identified the weapon used as a “Glock pistol.” Meanwhile, the GoFundMe started for Haile’s family has said that “we are creating this account in response to the overwhelming requests to help the Ebenezer family as they rebuild their lives. The loss of a child is something that no parent imagines having to endure. Ebenezer was taken from us far too soon on the morning of November 8, 2022. In a senseless act of violence, Ebenezer was shot and killed at Ingraham High School, where he was a senior.”

“From the outpouring of support from our family and community, we WILL FIND the light out of this darkness. On the other side of this pain, we would like to see a foundation created for other families affected by gun violence in Ebenezer’s name so that he does not die in vain. Thank you for visiting this page and for considering donating,” added the fundraiser.

Read Also: Who is Shanquella Robinson? Wiki, Biography, Age, Family, Cause of Death