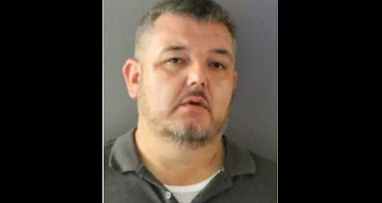 A Florida man has been arrested after he gave a young man fentanyl to see if he would test positive for drugs. In August, Scott Honeycutt, 43, called 911 to report that a boy had overdosed at his home after taking an unidentified drug. Charlotte County Fire and EMS Departments rushed to his home in the South Gulf Cove neighborhood near Ingraham Boulevard and Olsen Street. When officers arrived on the scene, Honeycutt informed them that the victim needed Narcan, a medication used to counteract the effects of opioids.

Even so, he claimed not to be aware of the substance that the young man had consumed. According to Wink News, the boy appeared frail and pale. When they arrived, police discovered a severed straw and white powder in the victim’s bedroom. The powder was eventually found to be fentanyl. The minor admitted to obtaining the substance when he was questioned. Detectives searched Honeycutt’s job board but were unable to locate her. The victim initially claimed that Honeycutt had provided them with the substance, but later modified his story by saying that they took it without his knowledge.

According to body camera video, the bag was on the table when officers entered, but when they came out again, it had been relocated. According to a report provided to the sheriff’s office by the Department of Children and Families, Honeycutt gave the victim the narcotics to see if she could pass a drug test.

Police discovered a container of fake urine while searching her car, adding credibility to the DCF account. When police took Honeycutt in for questioning, he said he had no idea what medications the victim had taken. The charges against Honeycutt include felony child abuse and evidence tampering. He was released after posting $12,500 bond. The identity of the victim or his relationship to Honeycutt has not been made public.

A similar case was reported in Salt Lake City, Utah. According to CBS KUTV, a man and a woman were arrested after giving their newborn daughter medication on the day she was born. Drug distribution and child endangerment charges were filed against Colby Glen Wilde, 29, and Lacey Dawn Christenson, 26. The baby was born drug dependent as Christenson had been using heroin and prescription painkillers during the her pregnancy. Authorities said parents of babies with drug addictions often crush up suboxone or methadone and rub it on the baby’s gums to hide any evidence of addiction. After the boy was born on April 9, Wilde acknowledged applying powdered suboxone tablets to the baby’s gums while nurses and other medical personnel were away, according to authorities. The pain reliever suboxone is used to treat addiction.