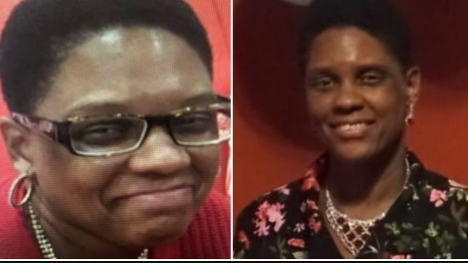 On Saturday, January 14, Samantha Primus, a deaf-mute woman who went missing three weeks ago, was located in a Manhattan subway station. She was found by her sister and two locals who recognized her. According to Primus’s family, she was taken to Brooklyn Methodist Hospital on Saturday and is expected to be fine. The 46-year-old woman reportedly lived on subways for three weeks before her sister, Ghislaine Primus, found her.

Her family identified her location after receiving a tip that she was traveling on the 1 train. At a press conference after Samantha Primus was located safely, her sister said: Another sister, Sophia Primus, commented on the suffering that Samantha Primus has endured over the past three weeks, saying:

Primus was found to be in a state of dehydration, weighing 10 pounds less and had swollen feet, according to her sister. The family of a deaf, mute and autistic woman who disappeared on Christmas Eve and was found three weeks later have said they are weighing their legal options against Queens Hospital Center.

Family members of Samantha Primus have claimed that she was released early from the hospital and left in sub-zero temperatures with only a list of homeless shelters. Primus was reportedly spending the holidays at his sister Joanna Peck’s Elmont home, but left the house early on December 23, 2022.

After leaving the house, he tried to find his way back to the house. from his mother in Brooklyn. However, she got lost and was found by a passerby in Queens that night. Finding her in a desperate state, her EMS rushed her to Queens Hospital Center, but hospital staff reportedly let the deaf, nonverbal, autistic woman out at 2am. m. in sub-zero temperatures of 7 degrees with nothing but a list of homeless shelters.

The family plans to take legal action against the hospital for gross negligence in the proper care of Samantha Primus and for refusing to provide them with information. However, New York City Health & Hospitals stated in a statement to The Post that adherence to HIPAA regulations means not disclosing details about a patient without the person’s consent.