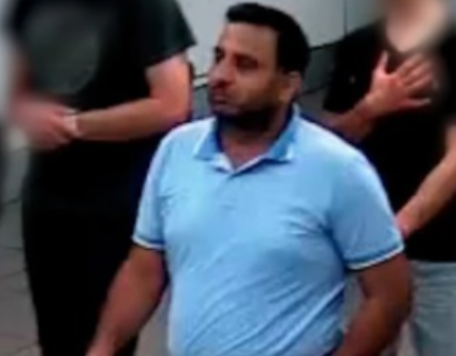 The main suspect in the alleged murder of Cairns woman Toyah Cordingley on a beach near Cairns four years ago has been arrested in India. The 24-year-old was walking alone with her dog on Wangetti Beach, north of Cairns, when she was killed in October 2018.

Earlier this month, the Queensland government posted a $1 million reward, the largest in the state’s history for a homicide investigation, for information leading to the location and arrest of former Innisfail nurse Rajwinder Singh. The 38-year-old person of interest flew to India in the days after Ms Cordingley’s death and police commissioner.

Katarina Carroll said he was arrested in New Delhi “just a few hours ago”, after hiding out in the region. Punjab India. He has appeared before a Delhi court and has been taken to Tihar prison, where he will remain in custody until his next court appearance on November 30.

Commissioner Carroll said the extradition process to Australia would start soon. She said it was “very early days” but she was “very confident we have a strong case to make in court” describing it as “one of the most intensive [and] comprehensive investigations anywhere in the world.” it was too soon to tell if she would be paid the $1 million reward.

“Process will be followed regarding the million dollars, if [the information] has led to the arrest of this person, I will gladly write that check myself,” the commissioner said. Police Minister Mark Ryan said Queensland police will work with the Australian and Indian governments on extradition proceedings.

Federal Attorney General Mark Dreyfus said the matter “is a high priority” for the Australian government. “Australian agencies continue to work closely with the Indian authorities to seek the extradition of Mr Singh to Australia, to enable him to face justice,” he said.

The case has had a profound impact on the Far North community. Billboards, store windows and car bumpers continue to display his name, urging those with information to contact police. Ms Cordingley’s body was discovered by her father, Troy Cordingley, on picturesque Wangetti Beach, located between the tourist hotspots of Cairns and Port Douglas, after hours of searching.

When the bounty was announced earlier this month, he said his killer was living without consequences. “At the very least, this person should be removed from society and held accountable for his crime,” he said. In recent weeks, Detective Inspector Kevin Goan recently returned from New Delhi, where he had been working with Indian officials, including the Ministry of External Affairs.

Foreign Affairs, Internal Affairs and the head of the Central Bureau of Investigations.Five Hindi and Punjabi  Earlier this month, Detective Inspector Goan told ABC he was “confident” the reward would lead to a breakthrough in the case. “It would be comparable wealth of around $25 million in India and when you look at that value, it’s life-changing,” he said.

“That is generational wealth for a family in India, an opportunity to change your luck in life, that of your family and that of your children. “It’s a great incentive for people, particularly in his hometown in the Punjab region, to come forward and tell us what they know about his current location.”

ANU international law professor Donald Rothwell said Australia now needs to formally issue an international arrest. he ordered requesting the extradition of Mr. Singh to appear before an Australian court. He said that the Indian authorities will consider the formal request to determine whether it is compatible with the extradition agreements between India and Australia. ”

Then it comes down to whether or not Mr. Singh can take advantage of any wrongdoing in terms of the extradition request.” ,” he said. “The next step will be to see if the defendant … will consent to extradition and will indeed voluntarily agree to return to Queensland. “In which case, Mr Singh could be before the Queensland courts within months, if not weeks.

Read Also: Who was Toyah Cordingley? Wiki, Biography, Age, Family, Cause of Death