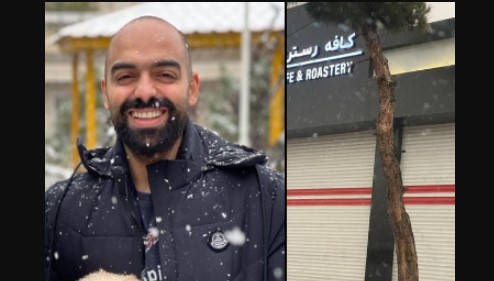 Iran detained a prominent chef and Instagram influencer, known for his videos promoting Persian cuisine, in its crackdown on protests across the country, rights groups and supporters said.

Navab Ebrahimi was arrested in Tehran on Wednesday and taken to the city’s Evin prison, the Human Rights Activists News Agency said. No reason was given for the arrest of Ebrahimi, who had 2.7 million followers on Instagram but whose account is no longer accessible.

But his supporters said the arrest coincided with the publication of a recipe for Persian chops on the day Iranian authorities marked the third anniversary of the assassination of Revolutionary Guard General Qassem Suleimani. Some Iranians who oppose the regime have a habit of posting images of chops on the anniversary of his death, referring to how he was killed in a US drone strike in Iraq.

The New York-based Center for Human Rights in Iran said: “Chef and influencer Navab Ebrahimi has been arrested in Tehran. Social media users speculate that his arrest had something to do with his Instagram story.”

Nik Yousefi, an Iranian filmmaker and photographer who was arrested in October as part of the crackdown and later released, wrote on Twitter that Ebrahimi had been arrested and his Tehran cafe, Noj, had been closed.

Iran has detained at least 14,000 people, according to the UN, in the wave of protests sparked by the death in custody in September of Mahsa Amini, a 22-year-old Iranian Kurdish woman who had been detained for allegedly violating the strict dress code for women. .

Prominent journalists, filmmakers, lawyers and activists have been detained. Some have been released on bail while others remain in prison.